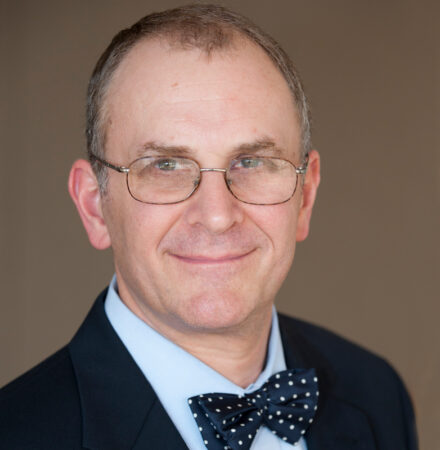 Dr. Eliot Cohen is an Adjunct Senior Fellow at the Center for a New American Security. He is the Robert E. Osgood Professor at Johns Hopkins University’s Paul H. Nitze School of Advanced International Studies (SAIS). He directs the strategic studies program at SAIS and the Philip Merrill Center for Strategic Studies, which he founded.  He has twice won the SAIS Excellence in Teaching Award.  For ten years he led a SAIS partnership with the Maxwell School of Syracuse University in providing executive education to general officers and senior Defense Department officials, the National Security Studies program.

A 1977 graduate of Harvard College he received his Ph.D. there in political science in 1982.  From 1982 to 1985 he was Assistant Professor of Government at Harvard, and Assistant Dean of Harvard College.   In 1985 he became a member of the Strategy Department of the United States Naval War College.  In February 1990 he joined the Policy Planning Staff of the Office of the Secretary of Defense, and in July of that year he was appointed professor of strategic studies at SAIS.

Dr. Cohen is the author of the prize-winning Supreme Command:  Soldiers, Statesmen, and Leadership in Wartime (2002).  His other books are Commandos and Politicians  (1978) and Citizens and Soldiers (1985).  He is, as well, co-author of Military Misfortunes: The Anatomy of Failure in War (1990), Revolution in Warfare? Air Power in the Persian Gulf (1995), and Knives, Tanks, and Missiles:  Israel’s Security Revolution (1998), and co-editor of Strategy in the Contemporary World (2002) and  War over Kosovo  (2001).  In 1991-1993 he directed and edited the official study of air power in the 1991 war with Iraq.  For his leadership of  The Gulf War Air Power Survey, which included eleven book-length reports, he received the Air Force’s decoration for exceptional civilian service.  His articles have appeared in numerous scholarly and popular journals, and he is, as well, the author of several widely used case studies for senior military and executive education.  His next book, Conquered Into Liberty, describes the origins of the American way of war during two centuries of conflict with Canada, and will appear in November, 2011.

In 1982 he was commissioned in the United States Army Reserve.  His service included several years as Military Assistant to the Director of Net Assessment, Office of the Secretary of Defense.  He has also served as adjunct professor at the United States Army War College, where he advised the Advanced Strategic Art Program, and was a member of the Defense Policy Advisory Board and the National Security Advisory Panel of the National Intelligence Council.  He is currently a member of the Council of the International Institute for Strategic Studies, the Aspen Strategy Group, and the Committee on Studies of the Council on Foreign Relations.