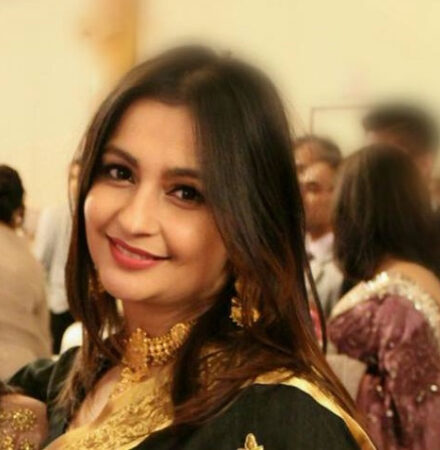 Iram Ali serves as Amazon Web Services’ Public Policy Lead for Defense and National Security. In this role, she is responsible for developing and executing government affairs advocacy objectives and public policy priorities for AWS in the U.S. national security space, particularly the Intelligence Community and the U.S. Department of Defense.

Before coming to Amazon, Iram served as the Special Assistant to the Secretary of Defense and the White House Liaison to the Department of Defense from March 2014 through January 2017. Appointed by President Obama, she was part of Secretary Carter's Senior Leadership Team and oversaw over 250 Presidential appointees throughout the Department of Defense. She served as a consultant to the Secretary and his senior staff in matters of strategy, workforce planning, priority setting, and administration.

Prior to working at the White House and the Pentagon, Iram was the Director, Government Relations-Intelligence and Security at BAE Systems, Inc., a global defense and aerospace company. Here she developed, maintained, and managed critical customer relationships with the Executive Branch of the U.S. Government in support of BAE’s Intelligence and Security sector leadership. She successfully created strategic plans and business winning campaigns, and led the pursuit of business opportunity from identification through contract execution, while keeping leadership apprised of national and global developments and issues.

From 2011 through 2013, Iram was the Chief of Policy (Legislative Affairs) in the Office of the Secretary of Defense. In this role she supported the Under Secretary of Defense for Policy in all legislative activities, including confirmations, budget issues, and member engagements. She has also served in leadership roles on the House Permanent Select Committee on Intelligence and the Senate Select Committee on Intelligence, specializing in HUMINT, Counterterrorism and Defense and Military intelligence oversight. She previously held policy and HUMINT positions with the Defense Intelligence Agency, and is a U.S Army certified interrogator and strategic debriefer.

A native of Detroit, Michigan and fluent in multiple languages, Iram holds an MBA in Global Management from Lawrence Technological University, and a bachelor’s degree in Political Science from Wayne State University.