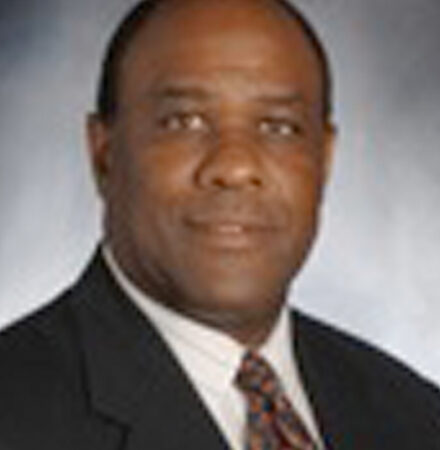 Leo Mackay is senior vice president, and an elected corporate officer, of Lockheed Martin Corporation. Currently, he leads the Office of Ethics and Sustainability, reporting directly to the Chairman and CEO, and to the Ethics & Corporate Sustainability Committee of the Board of Directors.

Dr. Mackay chairs the Board of Visitors at the Graduate School of Public Affairs of the University of Maryland, and he is a board member of the Center for a New American Security in Washington, D.C. He served as Chair of the Secretary of Health and Human Services' Advisory Committee on Minority Health, and was a board member of Cook’s Children’s Hospital in Fort Worth, Texas.

Dr. Mackay has earned a master's degree in public policy, and Ph.D. in political and economic analysis from Harvard University. He was a Kennedy Fellow, Harvard MacArthur Scholar, Graduate Prize Fellow and a Research Fellow at the Center for Science and International Affairs. He has taught military history and western civilization at the Naval Academy and was a Special Guest Fellow at the Brookings Institution. His writings have appeared in the Naval War College Review, New Republic, Proceedings, The Washington Times, and The Dallas Morning News.

Dr. Mackay was awarded the Doctor of Laws degree, honoris causa, from Concordia Lutheran Seminary in St. Louis. He received the Exceptional Service Medal from the Dept. of Veterans Affairs, and the Dept. of the Treasury's Medal of Merit for service as Chairman of the Ft. Worth region's U.S. Savings Bond Campaign. Dr. Mackay is a member of the U.S. Naval Institute, the Council on Foreign Relations, and the Aspen Strategy Group.