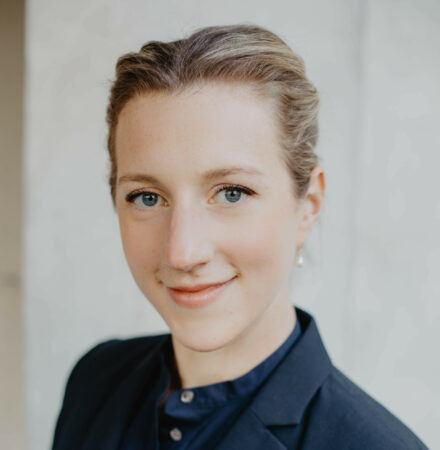 Phoebe Kotlikoff is an active duty Submarine Warfare Officer serving as a Tactics Instructor at Submarine Base Kings Bay, Georgia. Previously she served as Special Operations Forces Officer onboard the USS Ohio (SSGN 726) and supported Western Pacific Deployments on both the USS Michigan (SSGN 727) and the USS Mississippi (SSN 782).

Phoebe is a native of Ithaca, NY. She was commissioned from the U.S. Naval Academy and subsequently attended the Harvard Kennedy School of Government on a Truman Scholarship where she completed a Master of Public Policy in International and Global Affairs. Her research focused on Department of Defense cyberspace manning strategy. She resides in Jacksonville, Florida with her husband William Harris, a fellow Submarine Warfare Officer.