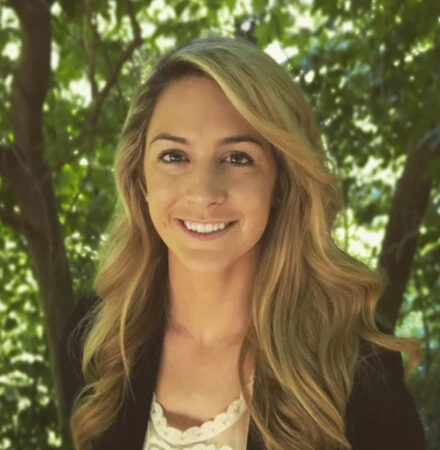 Erringer is the Director of Operations at HawkEye 360, a radio frequency-based geoanalytics company. Before landing at HawkEye, she was the Falcon 9 launch vehicle landing legs planner at Space Exploration Technologies (SpaceX). She led the engineering, procurement, and production of the Falcon 9 launch vehicle’s landing leg design upgrade to a “ten flight reuse” capability.

Prior to joining SpaceX, she served in the Active Army as an Engineer Officer. During her last two years in the military, she served at the National Geospatial-Intelligence Agency (NGA). Additionally, she was a Military Social Aide to former President Obama.

Her first three years in the military involved tactical unit assignments. She led a deployment and redeployment in preparation of a chemical, biological, radiological, or nuclear attack on the United States. She also led geospatial engineers to create and provide analysis products to Army Forces Command leadership and other decision-makers across Fort Bragg, North Carolina.

Part time, Erringer serves as a Technology Advisor for the Defense Innovation Unit (DIU) as an Army Reservist, where she provides insights into different Space Portfolio efforts. She is also the Executive Director of the Command Presence Foundation.