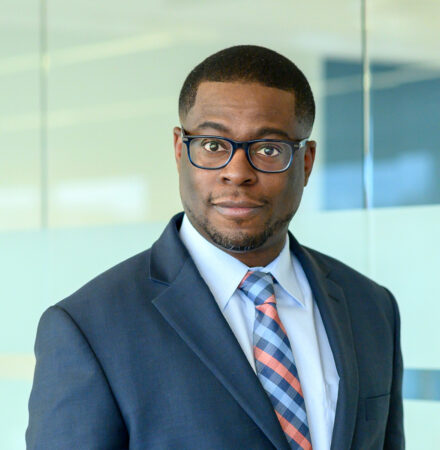 Yaya J. Fanusie is an Adjunct Senior Fellow at the Center for a New American Security (CNAS) where his research focuses on crypto, blockchain, and central bank digital currencies (CBDCs). Earlier in his career, he spent seven years as both an economic and counterterrorism analyst in the CIA, where he regularly briefed federal law enforcement, U.S. military personnel, and White House-level policy makers—including President George W. Bush whom he personally briefed on terrorism threats. In 2009, he spent three months in Afghanistan providing analytic support to senior military officials.

After leaving government service, Yaya worked for a small consulting firm on a global financial asset recovery investigation of a kleptocratic regime. Later, he joined the think tank world and as Director of Analysis at the Foundation for Defense of Democracies’ Center on Sanctions and Illicit Finance, Yaya led research on sanctions evasion and terrorist financing threats. As part of this work, in 2016 he began tracking the illicit use of crypto and wrote some of the first public analysis on a terrorist crypto crowdfunding campaign. He later published a major study on efforts by Russia, Iran, Venezuela, and China to build national blockchain infrastructure.

Yaya is also the Director of Policy for AML & Cyber Risk at the Crypto Council for Innovation, a global alliance advancing crypto innovation. He has testified before Congress multiple times on illicit financing issues and is a leading expert on China’s CBDC. He has appeared on CNN, Fox News, Bloomberg TV, and CNBC, and has been quoted in the New York Times, the Wall Street Journal, the Washington Post, and the LA Times. Yaya is a frequent contributor to Lawfare and has written numerous articles for Forbes and Coin Desk. He is certified with the Association of Certified Financial Crime Specialists.

In 2018, Yaya developed and taught an Introduction to Blockchain Technology course at Morgan State University in Baltimore.

Yaya received an MA in International Affairs from Columbia University’s School of International and Public Affairs and a BA in Economics from UC Berkeley.