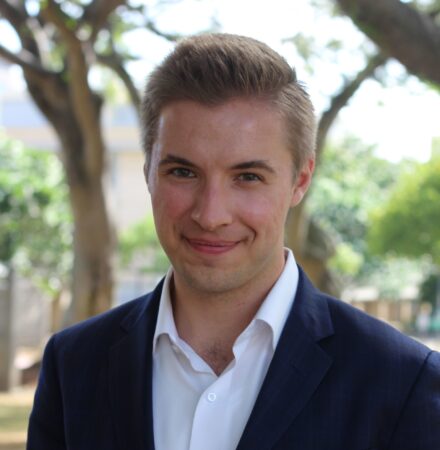 Ryan Fedasiuk is an Adjunct Fellow (on leave) at the Center for a New American Security (CNAS). He currently serves as a China Technology Policy Advisor at the U.S. Department of State, where he is sponsored by the Center for Security and Emerging Technology's (CSET) State Department Fellowship. Ryan previously worked as a Research Analyst at CSET, where his portfolio spanned military applications of artificial intelligence, U.S. security posture in East Asia, and China’s influence operations and efforts to acquire foreign technology.

Prior to joining CNAS and CSET, Ryan worked at the Center for Strategic and International Studies, the Arms Control Association, and the Council on Foreign Relations, where he primarily covered aerospace and nuclear issues. He has also served as an advisor for SandboxAQ, a quantum technology company.

Ryan’s commentary has appeared in Foreign Policy, Defense One, Breaking Defense, War on the Rocks, POLITICO, and The Diplomat, among other outlets. He is a coauthor of "China’s Quest for Foreign Technology: Beyond Espionage" (Routledge, 2020) and "Chinese Power and Artificial Intelligence" (Routledge, 2022).

Ryan holds an M.A. in Security Studies from Georgetown University, where he also studied Chinese. He received his B.A. in International Studies and a minor in Russian from American University.