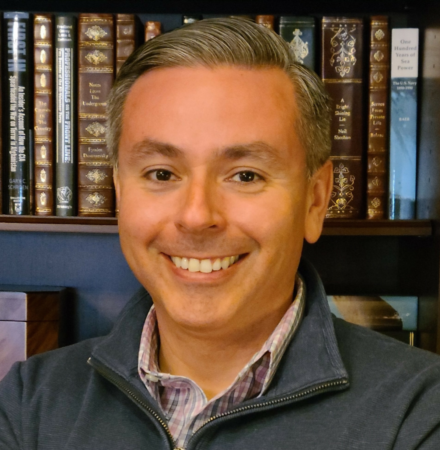 Adjunct Senior Fellow in the Military, Veterans, and Society Program

Brandon J. Archuleta, Ph.D. is a U.S. Army Strategist and Adjunct Senior Fellow in the Military, Veterans, and Society Program at the Center for a New American Security. His research explores U.S. national security policy, defense strategy, and the All-Volunteer Force.

A political scientist by training, he has written extensively on U.S. defense policy, plans, and strategy. Dr. Archuleta’s research and commentary has been published in Joint Forces Quarterly, The Policy Studies Journal, War on the Rocks, and Defense One. His book, Twenty Years of Service: The Politics of Military Pension Policy and the Long Road to Reform, was published by the University Press of Kansas in 2020 and provides the most comprehensive examination of U.S. military pension policy in a generation.

Dr. Archuleta was a Council on Foreign Relations International Affairs Fellow for 2020-2021. In that capacity, he served as Strategic Advisor to the Deputy Assistant Secretary for Asia at the U.S. Department of the Treasury. A veteran of the wars in Iraq and Afghanistan, his previous military assignments include Strategic Planner in the Army War Plans Division at the Pentagon and Assistant Professor of American Politics in the Department of Social Sciences at the U.S. Military Academy at West Point. In addition to his military experience, Dr. Archuleta is an Adjunct Assistant Professor of Security Studies at Georgetown University and a Clements Center National Security Fellow at the University of Texas at Austin.

Dr. Archuleta holds a Bachelor of Science in American Politics from the U.S. Military Academy at West Point, a Master of Public Affairs in International Affairs from the Lyndon B. Johnson School of Public Affairs, and a Ph.D. in Government from the University of Texas at Austin. He is President of the West Point Class of 2006 and a former Term Member of the Council on Foreign Relations. Dr. Archuleta lives in Arlington, Virginia with his wife and twin sons.