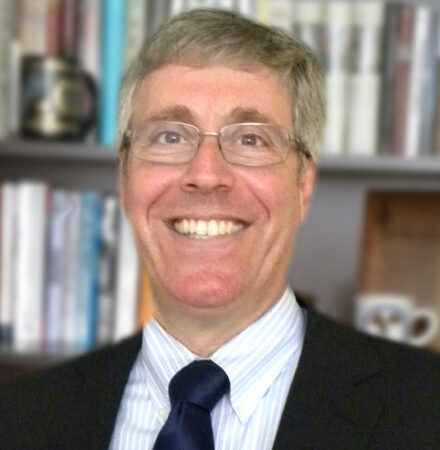 Dr. Peter L. Levin is an adjunct senior fellow at the Center for a New American Security. He is also the founder and CEO of Amida Technology Solutions, an information technology firm that focuses on data and data security. He is also the executive director of HealthGuide, which provides a consumer app to enable better living through data.

From May 2009 until March 2013 he served as Senior Advisor to the Secretary and Chief Technology Officer of the Department of Veterans Affairs, where he led their health record modernization initiative. In this role he co-created and lead the inter-agency development of the Blue Button personal health record (now the most widely used PHR in the country), the creation and implementation of the open source electronic health record custodian (OSEHRA.org), and delivery of the first clinical components of the integrated electronic health record with DoD (the iEHR and VLER programs). He also led the implementation of VA’s social media outreach as well as their first employee innovation and industry competitions.

All these programs are part of the Obama Administration’s Open Government initiative and are being institutionalized inside the department, the US government - and in the case of button-simple access to personal data – across society. Millions of people use the services he built.

Prior to joining the Administration he was a non-executive director of the open source network security company Astaro (acquired by Sophos), the lead investor and board member of the semiconductor design automation company NeoLinear (acquired by Cadence), and co-founder of the GPS-based cybersecurity company Zanio (acquired by an undisclosed public company). He was also co-founding CEO of the semiconductor design software company DAFCA, a venture partner of the Dusseldorf-based venture capital firm Ventizz Capital Partners, and a general partner of Techno Venture Management in Munich and Boston. He has extensive business experience in Europe and Asia.

Peter was a National Science Foundation Presidential Young Investigator during the first Bush administration, a Clinton White House Fellow in the Office of Management and Budget, an Alexander von Humboldt Fellow in the Department Mathematical Physics at the Technical University of Darmstadt, and a winner of an NIST Advanced Technology Program award. He is the co-author of more than 50 technical articles ranging from satellite navigation and cybersecurity to computer simulations and semiconductor test. He holds patents in chip design and GPS-based authentication, and his policy essays have appeared in Foreign Affairs, Foreign Policy, The Huffington Post, politico.com and on the White House website.

Peter began his career at Worcester Polytechnic Institute, and was later associate dean for research and graduate studies in the College of Engineering at Boston University. His academic research focused on electromagnetic and acoustic field theory and high performance computing, and he was tenured at both institutions. He is a consulting professor in the Department of Aeronautics and Astronautics at Stanford University.

Peter studied at Carnegie Mellon University, where he received his B.S., M.S. and Ph.D. in Electrical and Computer Engineering, and was a post-doctoral student and DAAD Visiting Scientist at the Institute for High Voltage Engineering at the Technical University of Munich.