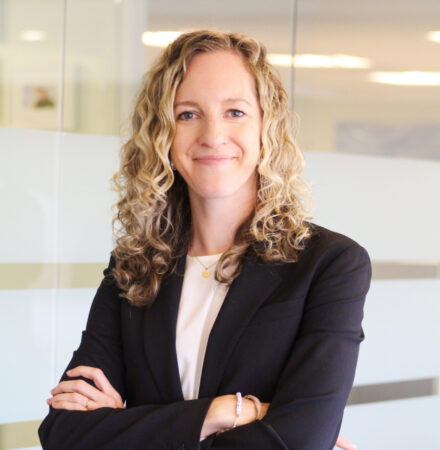 Jamie Morgan is a former Visiting Fellow with the Defense Program. She joined CNAS as a 2022-2023 Council on Foreign Relations International Affairs Fellow. Her professional expertise is in national security issues in the Indo-Pacific, and U.S. defense strategy. She also serves as an officer in the United States Navy Reserve with U.S. Indo-Pacific Command.

Jamie has worked on Indo-Pacific and defense policy across the U.S. government for nearly 15 years. She most recently served as the Staff Director for the U.S. House Foreign Affairs Committee’s (HFAC) Subcommittee on Asia, the Pacific, Central Asia, and Nonproliferation, where she managed the subcommittee staff, served as the principal policy advisor to the Chairman, and drove initiatives to enhance deterrence in the Taiwan Strait, expand diplomatic resources in the Indo-Pacific, and pave the way for new maritime security cooperation authorities and funding.

Prior to joining HFAC, Jamie was a national security advisor in the U.S. Senate, where she brought together leaders across five Senate committees to build the first bipartisan coalition on strategic competition with China. Before her time in Congress, Jamie held various roles at the Departments of Defense, State, and in public and private sector research organizations focused on East and Southeast Asia.

Jamie is also an officer in the United States Navy Reserve. From June 2019 to July 2020, she deployed to Iraq and Kuwait in support of the Combined Joint Task Force – Operation Inherent Resolve, where she served as Acting Chief of Staff to the Director of Intelligence, among other roles. Her Navy service also includes serving as a briefer in the Office of the Deputy Chief of Naval Operations for Information Warfare, a watch officer at the National Military Command Center, an operational planner supporting the special operations community, and as an analyst with multiple joint commands.

Jamie holds a Master in Public Affairs from Princeton University’s School of Public and International Affairs and a Bachelor of Arts in International Relations from Tufts University.