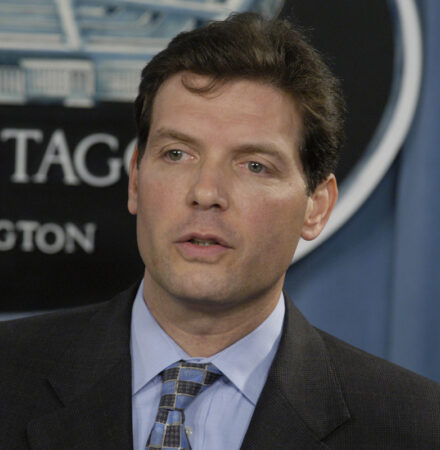 Larry joined Bank of America in 2006 following public service, most recently as special assistant to the Secretary of Defense from 2001 to 2006.  While at the Pentagon, he led the Office of Legislative Affairs and the Office of Public Affairs, and was chief spokesman for the Department of Defense. Prior to joining the Department of Defense, Larry served as legislative director, then chief of staff, for Senator Kay Bailey Hutchison of Texas. Earlier roles included deputy director of foreign policy and defense studies at The Heritage Foundation, a think-tank in Washington, D.C., and policy director of the Phil Gramm for President Campaign.

Larry served as an officer in the U.S. Navy, including seagoing and shore-based assignments in the United States and abroad before completing active duty in the Directorate of Strategic Plans and Policy, The Joint Staff. He holds a bachelor’s degree from the United States Naval Academy and a Master of Arts from the Johns Hopkins University School of Advanced International Studies.

A longtime resident of the D.C. area, Larry is a director of The Rumsfeld Foundation and of the U.S. Navy Memorial, and is on the board of advisors for the Center for a New American Security (CNAS).