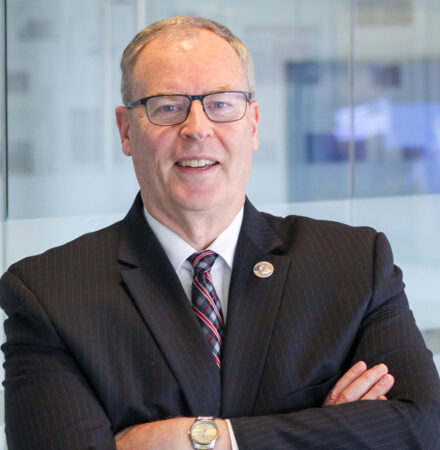 Secretary Robert O. Work is the Distinguished Senior Fellow for Defense and National Security at the Center for a New American Security and the owner of TeamWork, LLC, which specializes in national security affairs and the future of warfare.

Secretary Work previously served as the Deputy Secretary of Defense, where he was responsible for overseeing the day-to-day business of the Pentagon and developing the Department’s $600 billion defense program. He is widely credited for his work with leaders in the Department and the intelligence community on the “Third Offset Strategy,” which aimed to restore U.S. conventional overmatch over its strategic rivals and adversaries. He was awarded DoD’s Distinguished Public Service Award (twice), the National Intelligence Distinguished Public Service Award, and the Chairman of the Joint Chiefs of Staff Joint Distinguished Civilian Service Award.

Prior to serving as Deputy Secretary, Secretary Work spent one year as CEO of the CNAS, after serving as Undersecretary of the Navy from 2009–2013 in the first Obama administration. As the principal civilian deputy to the Secretary of the Navy, he was responsible for the smooth running of the U.S. naval global business enterprise, with over 500,000 active duty personnel and 200,000 government civilians, and a budget of $160 billion. He was twice awarded the Department of the Navy’s Distinguished Civilian Service Award.

After spending 27 years on active duty in the U.S. Marine Corps and retiring as a colonel, Work spent time first as a Senior Fellow and later as Vice President for Strategic Studies at the Center for Strategic and Budgetary Assessments. While there, he authored or co-authored eight major monographs on maritime affairs, defense strategy and technologies, and military operations. He was a regular contributor to defense periodicals and frequently testified before Congress. He was an adjunct professor at George Washington University, teaching roles and missions of the armed forces and defense analysis, and is a member of the International Institute for Strategic Studies, the U.S. Naval Institute, and the Marine Corps Association.

Secretary Work is a Senior Counselor at the Telemus Group. LLC, a consulting firm specializing in defense forecasting, wargaming and qualitative analysis; and a Senior Fellow at the Johns Hopkins University Applied Physics Laboratory, an organization renown for systems engineering and integration, technology research and development, and analysis. He is on the Board of Directors for Raytheon, and Board of Advisors for Govini, a big data and analytics firm committed to transforming the business of government through data science.

Secretary Work lives in Northern Virginia with Cassandra, his wife of 39 years. Their daughter, Kendyl, is an analyst at the National Counterterrorism Center.