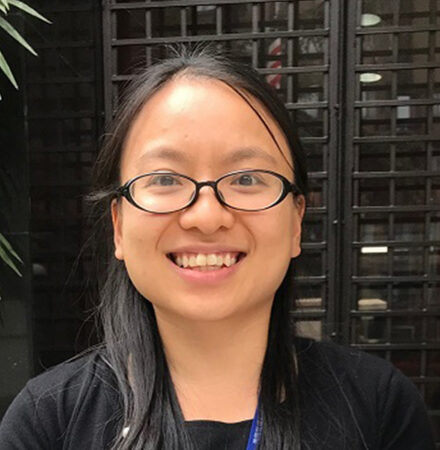 Thao Anh Tran joined the U.S. Foreign Service in 2012 as a political-coned diplomat and currently serves on the Executive Secretariat Staff. In this capacity she plans and prepares the Secretary of State’s domestic and international travel, as well as reviews briefing materials for the Secretary and other senior-level principals on foreign policy and national security issues.

Prior to her current assignment, Thao Anh worked at the U.S. Consulate General in Chengdu, covering Tibet, human rights, and religious freedom issues. She investigated and documented the systematic religious persecution of Chinese Christians, Muslims, and Tibetan Buddhists. She also advocated for increased U.S. access to the Tibetan Autonomous Region. Previously, she was the human rights officer at the U.S. Embassy in Panama, where she researched and informed the U.S. government on human rights issues, and directed the mission’s anti-trafficking in persons efforts. While there, she also coordinated U.S. citizen repatriations to the United States and cases involving victims of violence.

Before arriving in Panama, Thao Anh was posted in Guangzhou, where she helped improve the conditions of people with disabilities in south China through her leadership of the Consulate’s civil society working group on disability issues. Prior to the Foreign Service, Thao Anh interned at the U.S. Department of State’s Office for Chinese and Mongolian Affairs, as well as at the U.S. Embassy in Beijing and the U.S. Embassy in Phnom Penh as a Pickering Fellow. She previously conducted research on the ethnic Korean community in China’s Yanbian Korean Autonomous Prefecture as a Fulbright Fellow.

Thao Anh received her B.A. in International Affairs and Asian Studies from George Washington University, and her M.P.P. in International and Global Affairs from Harvard University. She speaks Vietnamese, Mandarin Chinese, and Spanish and has studied Cantonese and Korean. Thao Anh calls the District of Columbia home.