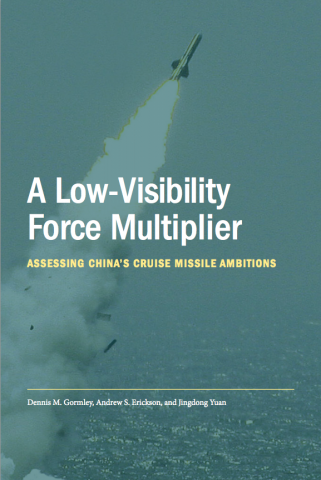 China’s military modernization is focused on building modern ground, naval, air, and missile forces capable of fighting and winning local wars under informationized conditions. A key element of the PLA’s investment in antiaccess/area-denial (A2/AD) capabilities is the development and deployment of large numbers of highly accurate antiship cruise missiles (ASCMs) and land-attack cruise missiles (LACMs) on a range of ground, air, and naval platforms. China’s growing arsenal of cruise missiles and the delivery platforms and C4ISR systems necessary to employ them pose new defense and nonproliferation challenges for the United States and its regional partners. This study surveys People’s Republic of China (PRC) ASCM and LACM programs and their implications for broader PLA capabilities, especially in a Taiwan scenario. Dr. Erickson and Mr. Gormley will open with remarks on these trends, their future trajectories, and implications for U.S. military strategy and operations in the Western Pacific. We will then move to an open discussion of the issues at hand.

Copies of the book were distributed free of charge.  The book can also be found here.