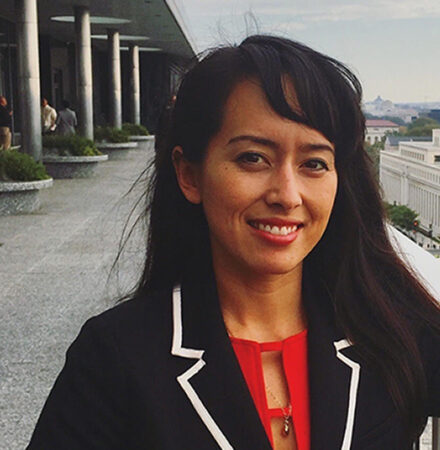 Annika Betancourt is a Foreign Service Officer currently serving as Peru desk officer and dual-hatted as Deputy Director for the Office of Andean Affairs. She recently finished a visiting fellowship at the Brookings Institution as a Council on Foreign Relations International Affairs Fellow focusing on confidence-building between the United States and North Korea. Previously, in Kabul, Afghanistan, Annika managed $80 million in U.S. rule of law and gender assistance. On the DPRK desk in Washington, DC from 2016-2018, Annika played a critical role in the release of UVA student Otto Warmbier, and the subsequent release of the remaining three U.S. detainees from North Korea. Annika also served as a consular officer in Ciudad Juarez, Mexico, and as an economic officer at U.S. Embassy Athens, Greece during the tumultuous “Grexit” summer of 2015.

Annika holds a Master of Science in Foreign Service from Georgetown University and a B.A. from the University of Maryland, College Park. She was selected as a Thomas Pickering Graduate Foreign Affairs Fellow in 2009, and as current President of the Pickering and Rangel Fellows Association (PRFA) she leads the organization’s efforts to increase diversity and inclusion broadly at the State Department.