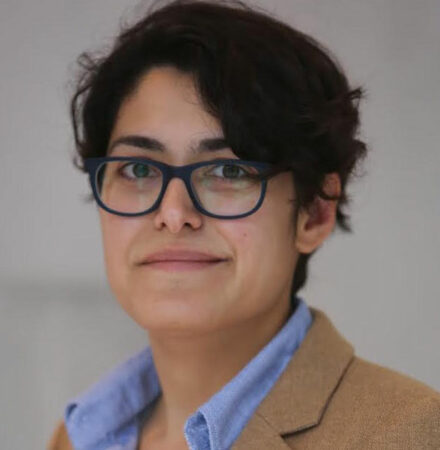 Ariane Tabatabai is a former Adjunct Senior Fellow with the Middle East Security Program at the Center for a New American Security. She serves as the Director of Curriculum and a Visiting Assistant Professor of Security Studies at the Georgetown University Edmund A. Walsh School of Foreign Service.

Her writing has appeared in a range of scholarly journals, including International Security and the Journal of Strategic Studies, and policy-relevant publications, including The New York Times, The Financial Times, The Boston Globe, The Guardian, Haaretz, Foreign Affairs, Foreign Policy, etc. She is a frequent media commentator on nuclear issues, Iranian foreign and security policy, and regional security in the Middle East in English, French, and Persian, in such outlets as NPR, the BBC, BBC Persian, Al-Jazeera, Le Monde, France Culture, and France24.