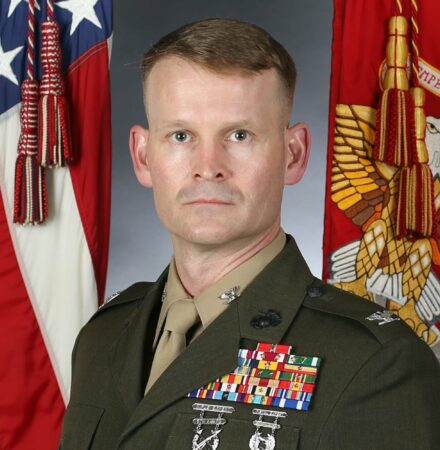 Colonel Steven Sutey is a former senior military fellow at the Center for a New American Security.

He recently completed a two-year assignment with Joint Staff Directorate for Strategy, Plans, and Policy (J-5) where he drafted military strategy and led the development of a global war plan for one of the security threats in the National Defense Strategy.

A career infantryman, Colonel Sutey began his service as an Assualtman in the Marine Corps Reserve and has led Marines and Sailors from the squad to the battalion level. His service in the Fleet Marine Forces involved both amphibious and expeditionary operations as he led units that responded to crisis and contingencies in the South Pacific and Middle East, commanded forces engaged in ground combat and counter-insurgency operations Iraq and Afghanistan, and deployed to Australia as commander of Marine Rotational Force-Darwin.