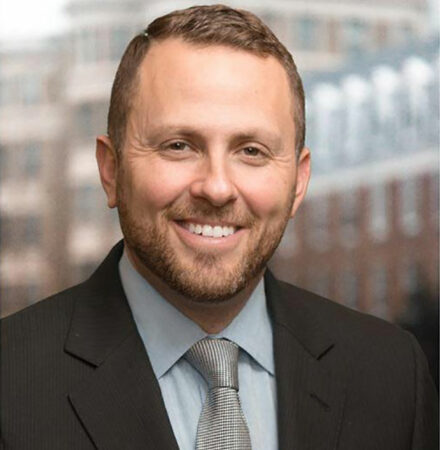 Daniel (DJ) Rosenthal formerly served as Director for Counterterrorism at the National Security Council. He currently serves as a Senior Fellow with the Center for Cyber and Homeland Security at the George Washington University, and serves on the faculty of the Honors College at the University of Maryland, where he teaches the award winning course, National Security Dilemmas.

He is an Associate Managing Director and Co-Chair of the CFIUS (Committee on Foreign Investment in the United States) Advisory Practice at Kroll, a global leader in investigations, risk mitigation, compliance, security, and incident response solutions.

During his service at the White House, DJ helped oversee implementation of the U.S. drone program, including strikes taken pursuant to Presidential Policy Guidance issued by President Barack Obama. Prior to his service at the White House, DJ served in the U.S. Department of Justice as senior counsel to the assistant attorney general for national security, where he regularly advised the attorney general and others on a range of sensitive national security matters. Before joining the Department of Justice, DJ served as a senior legal counsel in the Office of the Director of National Intelligence, which oversees the activities and budgets of the 17 departments and agencies that comprise the United States intelligence community. There, he gained significant insight into the inner working of the government’s national security apparatus, including its decisionmaking with regard to engagements with the private sector and its interactions with Congress.

His national security thought pieces have been published by The New York Times, U.S. News and World Report, Politico, Lawfare, and Law360, among other publications. He is a graduate of the University of Maryland, Honors College, and earned his juris doctor at the George Washington University Law School.