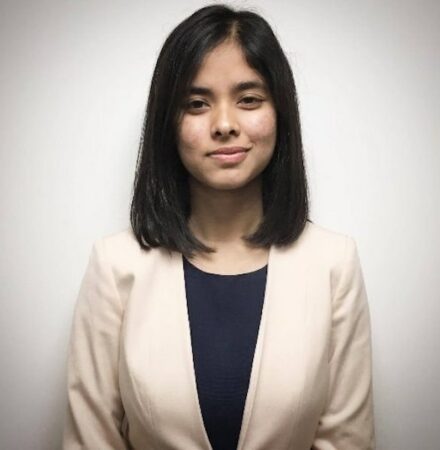 Darshana M. Baruah is currently a visiting fellow at the Sasakawa Peace Foundation, Tokyo, where she is working on a book about the significance of strategic islands in the Indian Ocean region. She is also a nonresident scholar with the South Asia Program at the Carnegie Endowment for International Peace Her primary research focuses on maritime security in Asia and the role of the Indian Navy in a new security architecture. Her work also examines the strategic implications of China’s infrastructure and connectivity projects as well as trilateral partnerships in the Indo-Pacific.

Previously, Baruah was the associate director and a senior research analyst at Carnegie India where she led the center’s initiative on maritime security. As the associate director, Baruah’s institutional responsibilities included coordinating and overseeing the centre’s development, outreach, and institutional partnerships. While at Carnegie India, Baruah also coordinated and led various track 1.5 dialogues and seminars, such as the India-Australia-France trilateral dialogue, India-Japan-Sri Lanka trilateral dialogue, India-EU dialogue, and India-UK maritime dialogue, among others. Her research projects included work on the Andaman and Nicobar Islands as well as trilateral partnerships and strategic connectivity projects in the Indo-Pacific.

Baruah was awarded the programme d’invitations de personnalités d’avenir (broadly translates to “personalities of the future”) by the French Ministry of Foreign Affairs in 2018 and was also named as the UK’s next generation foreign and security policy scholar for 2017.

Prior to Carnegie India, Baruah was with the maritime security initiative at the Observer Research Foundation, where she was the associate editor of the South China Sea Monitor.