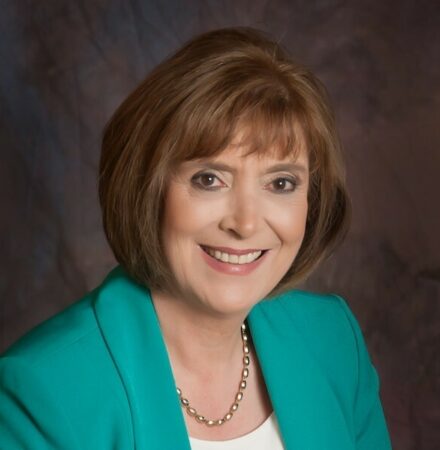 Dr. José-Marie Griffiths is president of Dakota State University in Madison, South Dakota. President Griffiths has spent her career in research, teaching, public service, corporate leadership, workforce and economic development, and higher education administration, with special focus on work in STEM fields. She has served in presidential appointments to the National Science Board, the U.S. President’s Information Technology Advisory Committee, and the U.S. National Commission on Libraries and Information Science. She is a member of the National Security Commission on Artificial Intelligence, part of the John S. McCain National Defense Authorization Act for 2020. She has led projects for over 28 U.S. federal agencies such as the National Science Foundation, NASA, the Department of Energy, and various intelligence and military agencies, with over 20 major corporations such as AT&T Bell Laboratories, IBM and Apple, in over 35 countries, and has worked with seven major international organizations, including NATO and the United Nations. She has received over 20 significant awards in science, technology, teaching, and the advancement of women in these fields.

Since coming to Dakota State University in 2015, President Griffiths has led DSU into transformational growth and advancement, a time of rising in almost every endeavor in which the university is involved. Dakota State has seen substantial increases and profound quality improvements in student enrollment; student quality; breadth and depth of academic programs, degree and non-degree-seeking, on-campus and online; scholarship support for students; applied research & development; contributions to state, regional, and national workforce and economic development; partnerships with corporate, non-profit, and government enterprises, locally, regionally, and nationally; new construction and renovation of campus facilities, especially customization of those facilities to support the development and deployment of innovative leading-edge technologies for hands-on teaching/learning, from infrastructure to hardware/software; and private and corporate philanthropy.