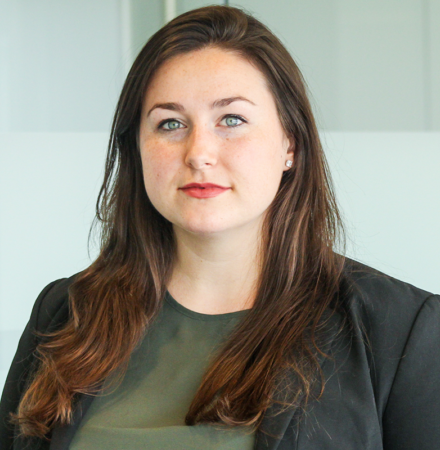 Kelsey Hallahan was a Joseph S. Nye, Jr. Research Intern for the Energy, Economics, and Security Program. Her research interests include economic statecraft, crude oil and natural gas geopolitics, and the post-JCPOA reintegration of Iran into the global economy.

Before joining CNAS, Ms. Hallahan interned with the Foreign Policy Program at the Brookings Institution, where she worked on the Energy Security Initiative team. She previously interned at the U.S. Department of Defense as a Persian Language Analyst.

Ms. Hallahan received her B.A. from the University of Washington, double-majoring in Near Eastern Languages and History. Ms. Hallahan was selected as a 2014 U.S. Department of State Critical Language Scholarship (CLS) Finalist in Baku, Azerbaijan, a 2011-2012 U.S. Department of Education FLAS Fellow for Persian-Farsi, and as a 2010 U.S. Department of State National Security Languages Initiative (NSLI-Y) Scholar in Dushanbe, Tajikistan. She is currently pursuing her master’s degree in International Energy at the Paris School of International Affairs at Sciences Po.