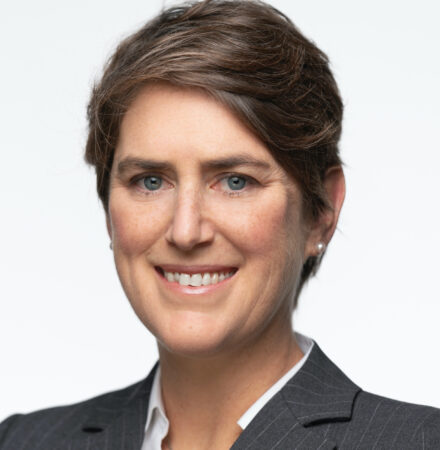 Dr. Kyleanne Hunter, PhD, is a Marine Corps combat veteran with multiple combat deployments as an AH-1W “Super Cobra” attack pilot. She finished her active duty time in the Marine Corps’ Legislative Liaison Office in the House of Representatives. She is as Assistant Professor of Military and Strategic Studies at the United States Air Force Academy and the co-director of the Athena Leadership Project. She holds a Bachelors of Science in Foreign Service from Georgetown University’s Walsh School of Foreign Service, and a Masters of Arts and a Doctorate from University of Denver’s Josef Korbel School of International Studies.

Dr. Hunter’s research focuses on the intersection of social integration and military effectiveness, with a focus on gender and unconventional warfare. While completing her dissertation was a researcher in residence at University of San Diego’s Kroc School of Peace and Justice. She was co-primary investigator for the Nonviolent Actors in Violent Conflicts project funded by the Carnegie Foundation. Her work has been published in Journal of Peace Research, Armed Forces & Society, and Signs, as well as popular publications such as The Washington Post, The New York Times, Foreign Policy, Foreign Affairs, The Atlantic, and San Diego Union Tribune. She is co-editor of Invisible Veterans: What Happens When Women Become Civilians Again (Preager Press, 2019) with Kate Thomas Hendricks.

Dr. Hunter is also an adjunct professor of Security Studies at Georgetown University’s School of Foreign Service. She was the former Chair of the Employment and Integration Subcommittee for the Secretary of Defense’s Advisory Committee of Women in the Services (DACOWITS). She was part of the Department of Veterans Affairs inaugural class of “Women Veteran Trailblazers,” and named as one of HilllVets 100 most influential veterans in 2018. She serves on the advisory board for Impact:PEACE. She and her husband reside in Colorado Springs, CO.