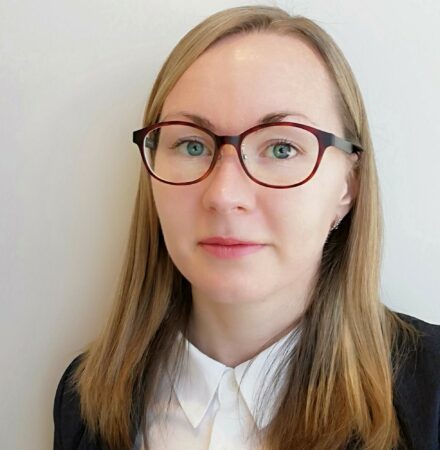 Dr Shagina’s research interests cover economic statecraft, international sanctions and energy politics, with a particular focus on the post-Soviet states. Currently, Dr Shagina is a Visiting Fellow at the Center on US Politics and Power at the Finnish Institute of International Affairs, where she is working on currency statecraft and de-dollarization. In May, she will be joining the International Institute for Strategic Studies (IISS) as a Diamond-Brown Research Fellow for Economic Sanctions, Standards and Strategy.

Dr Shagina’s publications have appeared in the IISS, Carnegie Moscow Center, CSS (ETH Zurich), European Council on Foreign Relations, Foreign Policy Research Institute, Atlantic Council, and The Kennan Institute. Her research has been cited in The New York Times, The Washington Post, The Financial Times, BBC, CNN, Bloomberg, Foreign Policy and The Guardian. She has consulted government agencies, NGOs and the private sector on issues of energy security and sanctions.

Dr Shagina worked as senior political analyst at Global Risk Insights, as project assistant at the Swiss International Business Academy and as executive assistant at the United Nations Research Institute for Social Development. She has held numerous prestigious fellowships, including from the Swiss Government, Swiss National Science Foundation, Japan Society for the Promotion of Science, Open Society Institute and DAAD. In 2020, Dr Shagina was selected as a GLOBSEC Young Leader and as a member of the European Leadership Network.