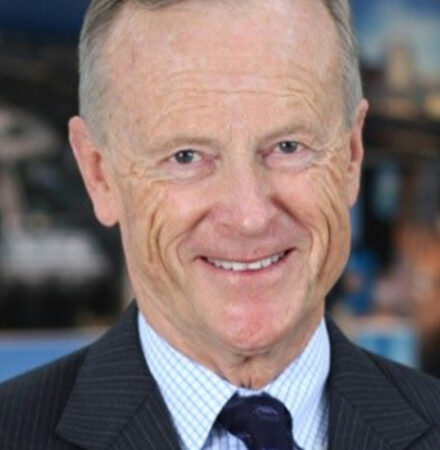 Neal Blue is Chairman and CEO of General Atomics (“GA”), San Diego.  GA is a high-technology company, acquired from Chevron by the Blue family in 1986.    GA affiliated companies include GA Aeronautical Systems, Inc. (GA-ASI), of which Blue is founder and Chairman. GA-ASI produces the Predator series of unmanned aircraft as well as laser, electro-optical, radar, and distributed intelligence systems.

GA is sole supplier to the US Navy of electro-magnetic aircraft carrier launch and recovery systems, produces electro-magnetic rail gun and power conversion systems, and is the principal private sector participant in thermonuclear fusion research through its internationally recognized DIII-D program, operated by GA for the Department of Energy.  GA developed the UCSD Supercomputer Center and has constructed 60 TRIGA nuclear research reactors in 22 countries.  GA is the industrial pioneer of the GT-MHR and EM2 advanced, helium-cooled nuclear reactor technologies for generation of electric power.

Other activities have includeddevelopment of a cocoa and banana plantation in Nicaragua and real estate in California and Colorado.

He is a former trustee of the Salk Institute, and the University of California San Diego Foundation.

Mr. Blue graduated from Yale University, is a pilot, and served in the U.S. Air Force.  During college years he was a correspondent for the Yale Daily News/New York Times Paris-Calcutta Expedition, and later with his brother, was featured in Life Magazine for having flown a single engine Piper aircraft around South America.