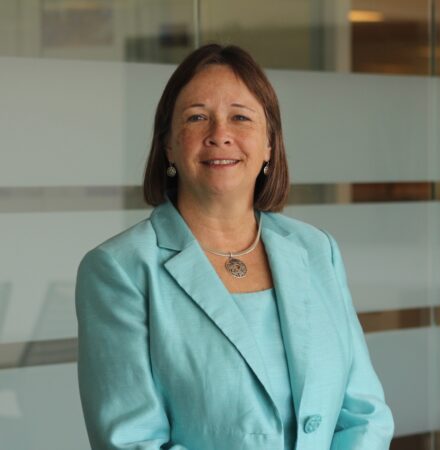 The Honorable Sue E. Eckert is an Adjunct Senior Fellow at the Center for a New American Security, where she focuses on issues at the intersection of economics and national security.  Research interests include economic statecraft, sanctions, terrorism and proliferation financing, and cybersecurity.  She also is an adjunct professor of law at Case Western Reserve Law School, teaching in the first master’s degree program in financial integrity.

She was appointed by President Clinton and confirmed by the U.S. Senate as Assistant Secretary of Commerce for Export Administration (1993-1997), responsible for dual-use export control policy and defense industrial base programs. Previously, she was a member of the professional staff of the U.S. House of Representative's Committee on Foreign Affairs, where she oversaw national security/nonproliferation, international trade, and technology transfer issues.

From 1998-2016, Ms. Eckert was Senior Fellow at Brown University’s Watson Institute for International and Public Affairs where she directed projects on U.N. targeted sanctions, terrorist financing, and economic security.  Recent publications include: Targeted Sanctions: The Impacts and Effectiveness of UN Action (2016, Cambridge University Press); The Compendium of the High Level Review of UN Sanctions (resulting from the 2014-15 initiative supported by five Member States and led by Ms. Eckert and colleagues to strengthen the implementation of U.N. sanctions); and the “The Role of Sanctions” in The UN Security Council in the 21st Century. She also collaborates with the U.S. Naval War College, hosting biannual cybersecurity workshops and forming a new political economy of security initiative of scholars.

She co-led an international research initiative (Targeted Sanctions Consortium) of more than 50 scholars and practitioners examining the impacts and effectiveness of United Nations targeted sanctions, resulting in the creation of two new databases and a new online tool, SanctionsApp. Working extensively with national governments and U.N. bodies to enhance instruments of collective security, Ms. Eckert co-authored Targeted Financial Sanctions: A Manual for Design and Implementation and the series of “Watson Reports” to address due process concerns in sanctions designations, participated in multilateral initiatives (the Interlaken, Bonn-Berlin, and Stockholm Processes), and organized workshops, simulations, and training for the Security Council and Member States, among others.

Ms. Eckert has served as a consultant and member of numerous working groups and committees addressing security and technology issues, including the National Academy of Sciences Committee on Deterring Cyberattacks, and the Resource Group advising the United Nations High-Level Panel on Threats, Challenges, and Change.  She has testified before the U.S. Congress and Canadian Parliament (2016), United Nations and European committees, and participated in numerous other international fora and is a frequent commentator on international security issues.