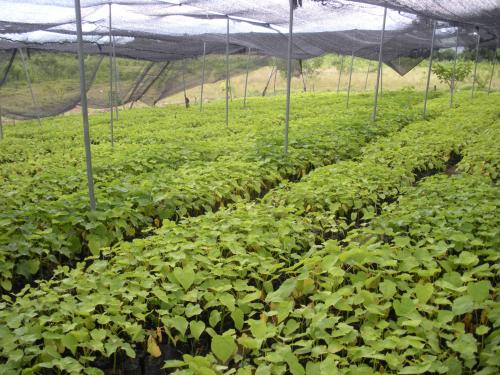 To be an effective partner in local development projects, one must possess a significant degree of patience and flexibility. Primarily, I strived to gain the trust of the locals, meaning I partook in usual rural activities. My days in the Dominican Republic witnessed activities such as: milking cows at 7:00 AM under palm trees; enjoying the sunset while grilling fresh corn over an open fire; inducing goats to procreate; picking, drying, and shelling beans and peanuts; and attending my first rooster fight, questioning the actions of the rowdy Dominican men who have betted their weeks´ salaries on the victory of one rooster, grimacing at the sight of the triumphant rooster extracting the eyes of the other, very bloody rooster, and deciding that I would never return to such an event.

Gaining popular confidence in your mission helps you to better confront the inevitable difficulties inherent in all local projects. The cultivation of Jatropha was not without its own notable challenges:

Initial perceptions of Jatropha’s ability to grow on marginal land and withstand drought were overstated. The Dominican Republic and Haiti have faced an extended period of drought. This severe dry-spell has damaged agricultural yields throughout the island, including that of Jatropha curcas. I met with several farmers who lost entire plots. During my tenure, the project was reeling with the fact that marginal land often bears marginal results.

Indeed, as Yale Environment 360 assessed: “If Jatropha is to be grown on an industrial scale, the plant will need to be tamed and cultivated, and its oil yields vastly enhanced through conventional plant breeding or genetic manipulation.” 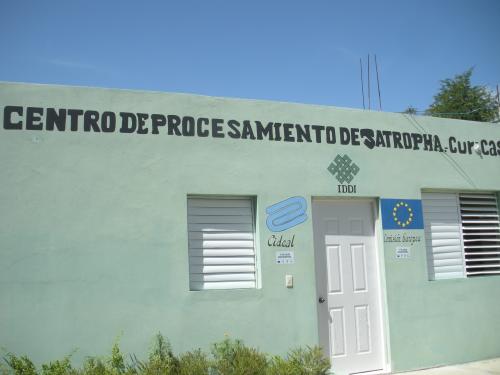 I met farmers extremely disillusioned by perfunctory growth and unpredictable fruit production. These same Dominicans were also apprehensive about lending so much cropland to a plant that could not be consumed as food. As a project organizer, I never ceased to work to convince the local populace that, while I understood the short-term results were anything but satisfactory, the long-term investment would be worth it.

Despite its limitations, Jatropha curcas was utilized as a fence for food crop parcels; the seeds’ oil as glycerin for the production of hand-soap; the leftover “press cake” as an excellent fertilizer; and an added (albeit currently meager) source of income. In the words of one Dominican farmer: “[La siembra de Piñon] vale la pena,” or “This project has been worth it.” Ultimately, my experiences illustrate the unpredictable nature of development, and the necessity for policy makers and development workers to acknowledge and adapt to the inherent variability involved with energy projects.

Photos: Young Jatropha plants in the project’s outdoor nursery; The biodiesel factory. Though the processing plant was gifted by the project’s benefactors, it has been signed over to the Agropecuaria Cooperativa de Guayabo - an association of Dominican farmers in the Province of Elías Piña. Courtesy of Chris Scanzoni.