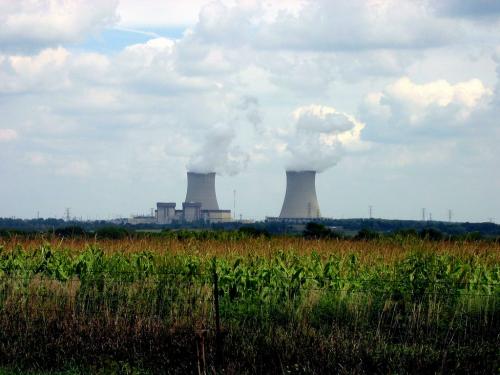 “Surely it has to frustrate you coming from where you come from that this country is not embarking on a massive project and working with China and India to do the same – nuclear countries already – to build many, many nuclear facilities to combat this [climate change] issue that you’re so concerned about,” said Senator Bob Corker at the July 20, 2009, hearing "Climate Change and Global Security: Challenges, Threats and Diplomatic Opportunities," before the Senate Foreign Relations Committee. From my vantage point within the security community, it is not terribly frustrating. Because for all the benefits that come with diversifying the energy portfolio by increasing nuclear power, the inextricable security challenges too often get missed or ignored.

What was missing from Senator Corker’s remarks was an indication of the potential security concerns with nuclear power projects popping up all over the world. Nuclear non-proliferation has been an intractable issue for more than a half century, an issue we’re reminded of day in and day out by Iran and North Korea. But with nuclear energy reentering the global debate as a pseudo-panacea for the world’s energy woes, the threat of proliferation may become more urgent.

“Countries such as Egypt, Nigeria, Saudi Arabia, and Venezuela are among more the more than 30 countries with serious plans to build their first nuclear power plant,” according to Charles Ferguson and Michelle Smith in the January/February 2009 Foreign Policy piece, “The Nuclear Option.” Among the other states mapped by Ferguson and Smith are Bangladesh, Indonesia, Namibia, Thailand and Yemen. Each of these states are “in danger” of state failure, according to Foreign Policy’s 2009 Failed States Index. In fact, Bangladesh, Nigeria, and Yemen are ranked among the top twenty in the index.

Policy makers need to be honest with the public about the proliferation threats that come with increasing nuclear power as a fix for reducing greenhouse gas emissions, and those threats are perhaps most worrisome in countries that would be new to nuclear energy generation. Poor governance, factionalized societies, ungoverned spaces, rampant corruption and rapid political turnover in these states make it difficult to ensure that fissile material is secured and not falling into the hands of extremists or black marketers. In places like Yemen, instability has already created the opportunity for al Qaeda to increase its presence in Yemen and take sanctuary in its ungoverned spaces, where we’ve already seen an attack against the U.S Embassy in Sana'a in September 2008.

The bottom line from the security side is that when we talk about nuclear power as an option for alternative energy and diversifying the world’s energy sources, we need to talk about it in context as both a threat and opportunity.