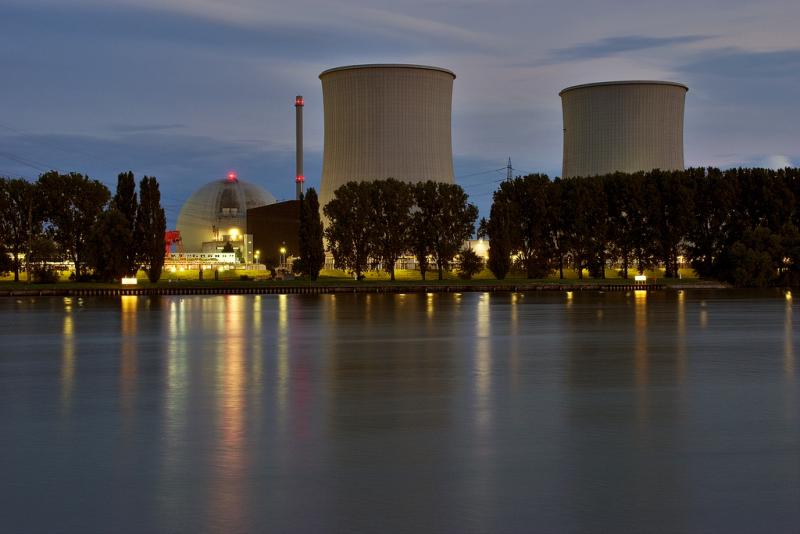 Countries are increasingly investing in new energy projects to boost domestic energy production and shrink the demand for foreign energy imports. However, climate change may undermine efforts by countries to promote assured access to energy, including with nuclear power, hydroelectric dams and other energy projects that are tied to water resources.

A new study by the journal Nature Climate Change cautions that energy production from thermoelectric power plants could become increasingly constrained as a result of climate change. On the one hand, climate change is expected to warm river and other water resources generally used by thermoelectric power stations (such as nuclear and fossil-fuelled plants) for cooling. According to the study, the United States relies on thermoelectric power stations for about 91 percent of total energy generation (compared to 78 percent in Europe). “During recent warm, dry summers in 2003, 2006 and 2009 several thermoelectric power plants in Europe were forced to reduce production, because of restricted availability of cooling water,” the study found. “In the US a similar event in 2007–2008 caused several power plants to reduce production, or shut down for several days owing to a lack of surface water for cooling and environmental restrictions on thermal discharges.”

In February, The Bulletin of the Atomic Scientists published a related report on the impact of climate change on U.S. nuclear power production. “The one-two punch of power production and climate change has already made some rivers so hot during the summer that they can no longer provide adequate cooling at power plants without exceeding legal limits on temperature,” the report stated. “During the past two summers, the Tennessee Valley Authority had to reduce power production by 50 percent at the Browns Ferry Nuclear Power Plant because the water in the Tennessee River -- where the plant's cooling water is discharged -- was already at 90 degrees.”

Moreover, climate-induced precipitation decline could have an effect on hydroelectric production by reducing river flow. This challenge may be particularly acute for countries that rely increasingly on hydroelectric dams, like China. In CNAS’s January 2012 report on the South China Sea I wrote about how this phenomenon is undermining China’s efforts to increase domestic energy production and may be reinforcing its assertive behavior for energy resources in the South China Sea:

[D]roughts in China offer a stark example of how broader climate trends may undermine the nation’s ability to diversify energy resources and invigorate its efforts to seek fossil fuels in the South China Sea. Although China generated approximately 16 percent of its electricity from hydroelectric dams in 2009 and plans to nearly double its hydroelectric capacity by 2020, China’s hydroelectric power is projected to decline by 30 to 40 percent in the last quarter of 2011 because of a prolonged drought in parts of the country. However, this recent decline is not a unique event; in recent years, drought has reduced hydroelectric output even as China has been expanding its hydroelectric capacity. Scientific models suggest that climate change is likely to exacerbate drought in East and Southeast Asia by affecting precipitation trends. Thus, these conditions are likely to get worse, undermining China’s ability to generate renewable electricity from hydroelectric power and potentially reinforcing its demand for fossil fuels, including resources in the South China Sea.

Policymakers will need to think about ways to adapt thermoelectric power projects in an era of climate change. For example, policymakers should consider solutions to help new power plants adapt to an environment where access to cooling water is increasingly scarce. According to The Bulletin of the Atomic Scientists, some proposals are already being developed to adapt to this reality. “One such alternative might be a system like the one used at the Palo Verde Nuclear Generating Station in Arizona, the only nuclear power plant in the world -- so far -- that was not built next to a large body of water,” according to the report. “Palo Verde uses treated sewage water from Phoenix, instead of fresh water, to meet its cooling needs.”

The bottom line is that the toll climate change could have on energy production reinforces a key principle that policymakers must adhere to when making energy policy decisions: climate change and energy are inextricably linked. Policymakers will become increasingly hard pressed to promote energy security without taking steps to both mitigate and adapt to the impacts of climate change. The best course of action is for policymakers to promote policies that have both energy and climate security closely in mind.