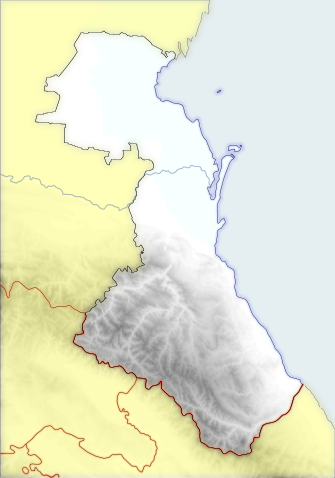 Back in February I had posted an article from Foreign Policy in the daily Natural Security News on the destabilization of Dagestan in Russia’s Northern Caucasus territories, a process which appears to be exacerbated by energy and resource issues. “Historically, violence in Dagestan has stemmed from ongoing conflicts between its major ethnic groups -- the Avars, Dargins, Kumyks, Lezgins, and Laks -- over political power, resources, and jobs.”

It appears that those responsible for the simultaneous bombing of two Russian subway terminals at rush hour are members of separatist insurgencies based in Dagestan and the greater Northern Caucasus, home to natural gas resources vital to Russia. After Russia’s campaign in Chechnya, these insurgents “moved over into the neighboring regions of Dagestan and Ingushetia, where terrorism attacks and assassinations continued,” as TIME put it.

Terrorist acts within Dagestan against energy infrastructure could further destabilize the region. Foreign Policy’s article notes that in November of 2009, insurgent gangs were named as the culprits of a bombing along the Mozdok-Gazimagomed natural gas pipeline, severing service to Dagestan’s capital, Makhachkala.

Even before the bombing, there were multiple blackouts in the capital. . . due to poor infrastructure and a lack of financing, prompting street protests. Although political violence and corrupt elections may not outrage Dagestan's jaded populace, poor infrastructure and public services appear to be enough to upset and galvanize citizens.

While I am not claiming direct causal ties between the so called “Black Widows” that executed this week’s bombings and natural security issues in Dagestan, it is at the very least an interesting correlation to note. I’ll be keeping an eye on this, and perhaps later we’ll be able to draw more solid lines between these geographically co-located security issues.