Yesterday, President Obama nominated me to serve as the Director of Operational Energy Plans and Programs at the Department of Defense. If the Senate votes to confirm me in the position, it will be a tremendous honor to serve – it is an honor just to be nominated. This position was first created in the 2009 Nat 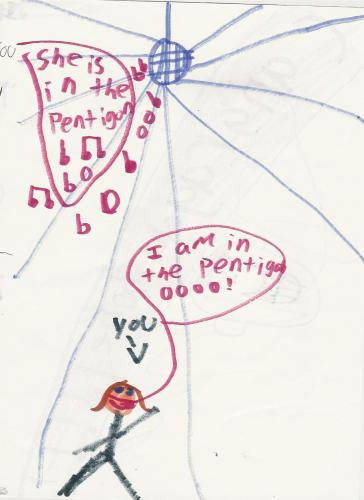 ional Defense Authorization Act and this will be the first time it has been filled. And let me just get this out of the way: the acronym is DOEPP. If I am confirmed, I will be the dope. Or the dopey. Take your pick.

In all seriousness, it's a very important mission for the Department, with peoples' lives at stake. For me, if the Senate gives me the nod, it will be an opportunity to put my money where my mouth is. We've been writing about how to get energy security for almost three years now; I hope I am fortunate enough to have the chance to get something done.

My kids are very excited about the nomination, too -- my son, Thomas, apparently thinks the Pentagon is a swinging place (that's me under a disco ball).

Things will not be slowing down for us at CNAS, however. We have a number of reports coming out in the near future, including some natural security briefs. Look for a report by Jay Gulledge and Will Rogers examining the gap between climate science and policy, and a policy brief on the Quadrennial Defense Review and climate change at the end of this month.