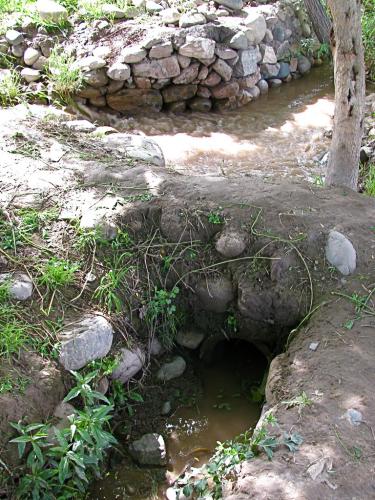 The Stimson Center held an event yesterday called “Water and Peace in Afghanistan and Pakistan,” at which Dr. Daanish Mustafa, a geographer at King's College, London, outlined the intricate linkages between water resources and regional stability. According to Mustafa, who has conducted extensive field research in Baluchistan and southern Afghanistan, traditions surrounding access to water form the glue that has held local communities together for centuries. Recent events, however, have begun to unravel social structures with second and third order effects on security.

At the heart of the matter is the traditional karez (also qanat) irrigation system. The ancient technique involves allowing natural water pressure to pump water horizontally underneath agricultural fields through hand-constructed underground channels.  In communities throughout southern Afghanistan and Baluchistan, deeply engrained cultural norms dictate access to water and are enforced by mirabs, or water masters.  Revered by their communities, mirabs have customarily ensured equity in water distribution and conscientious maintenance of the system’s entire length.  For a karez system to remain viable, all stakeholders must use it responsibly.

The advent of tube-wells has disrupted the traditional order. Tube-wells drill directly down to the water table (sometimes 500 feet or more below the surface), sucking up the available water.  Over time, though, they draw the water table down farther and farther, requiring deeper and deeper drilling.  Tube-wells, then, have the potential to lower water tables enough so that karez systems are rendered inoperable, affecting

Access to tube-wells is often concentrated in the hands of a few wealthy orchard-owners, who use water to nourish fruit trees and vines.  With water rights monopolized, poorer villagers are forced to take up jobs in the orchard instead of growing their own food.  Moreover, the landed agriculturalists have taken to growing water-intensive crops like apples and onions, as opposed to pomegranates and grapes, the more historical staples.

Taken together, these trends could simultaneously push water tables to unusable levels and add another unsustainable factor to the poor economic conditions.  Dr. Mustafa contends that the poverty brought on by dependence on wage-paying jobs in orchards (and alienation from the traditional mirab-based system) has lead to the “Talibanization” of communities in southern Afghanistan and Baluchistan, inevitably complicating the U.S.-led mission there.

The United States may have inadvertently complicated issues of water scarcity recently in Zabul province in Afghanistan.  In May, the Wall Street Journal reported that plans to expand U.S. Army FOB Wolverine failed to account for the presence of the local karez irrigation system, inciting local backlash and opening room for anti-Western Taliban propaganda.  Luckily, planners quickly changed course, but the example highlights the cultural and economic importance of water to society.

Dr. Mustafa also fears the effects of climate change on water scarcity in the region; in his words, “the averages of the past will not hold in the future,” adding yet another layer of complexity to the water-security relationship in the region.  Further reconstruction and development efforts will not only require a deep understanding of hydrology and natural resource economics, but also an appreciation for the ways in which aspects of traditional culture link water rights with communal stability.