Special thanks to our friends (and my former colleagues) across the plaza at the Woodrow Wilson Center's Environmental Change and Security Program (ECSP) for writing this excellent recap of Secetary of State Hillary Clinton's remarks at the National Geographic Society's World Water Day event and sharing it on The New Security Beat. 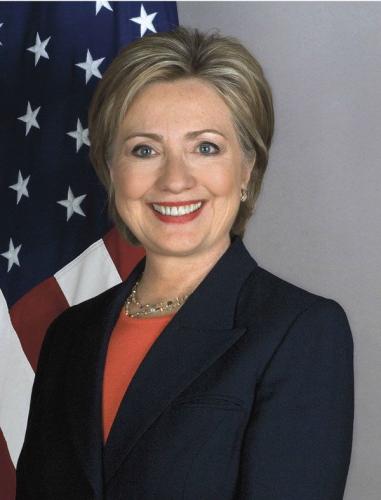 “It’s not every day you find an issue where effective diplomacy and development will allow you to save millions of lives, feed the hungry, empower women, advance our national security interests, protect the environment, and demonstrate to billions of people that the United States cares. Water is that issue,” declared Secretary of State Hillary Clinton at a World Water Day event hosted by the National Geographic Society and Water Advocates.

Alongside speeches by representatives from government and the non-profit sector, Secretary Clinton repeatedly emphasized America’s support for water issues. “As we face this challenge, one thing that will endure is the United States’ commitment to water issues,” she asserted. “We’re in this for the long haul.” Beyond simply highlighting the importance of the issue, Secretary Clinton also affirmed commitment to new programmatic, cross-cutting initiatives that will target water as a keystone for development and peace.

ECSP Director Geoff Dabelko, who attended the event, noted that Secretary Clinton’s speech ran counter to the much publicized notion that water scarcity is an unavoidable catalyst for conflict.

She came down squarely on the side of inclusion by identifying water as both a ‘human security’ and ‘national security’ issue. At the same time, she did not fall prey to the common pitfall of arm-waving about water wars. She flagged conflict and stability concerns, but also raised solutions through meeting needs associated with water and development. She went out of her way to emphasize water's potential for peace and confidence-building, reflecting a commitment to capturing opportunities rather than merely identifying threats.

The holistic approach advocated by Secretary Clinton reflects a distinct evolution of American diplomacy within this area, which is strongly supported by the water community. “The policy directions outlined in the speech, the five streams, represent a victory for those in and outside of government who have argued for a broad, rather than narrow, view of water’s dimensions,” said Dabelko. “The diversified strategy focuses on long-term and sustainable interventions that respond to immediate needs in ways most likely to make a lasting difference.”

In her concluding remarks, Secretary Clinton sounded a positive note, noting that for all of the press and attention devoted to the dangers of the global water crisis and the possible dark and violent future, dire predictions may be avoided through a smart, coordinated approach. “I’m convinced that if we empower communities and countries to meet their own challenges, expand our diplomatic efforts, make sound investments, foster innovation, and build effective partnerships, we can make real progress together, and seize this historic opportunity."