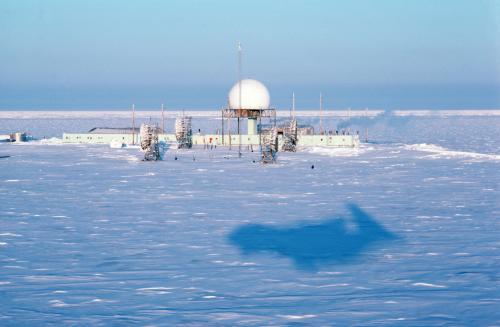 While analysts inside and outside of DOD have been studying the potential effects of climate change on the future operating environment of the U.S. Navy – including CNAS’ own report on the subject – an assessment on the implications of climate change on future air missions is harder to come by. Nonetheless, it is safe to say that as the climate changes and resources become increasingly scarce, U.S. air power will feel the effects, and the U.S. Air Force (USAF) will have to adapt to a changing operating environment. The U.S. Air Force has acknowledged the complexity of the challenge climate change presents, noting in its December 2007 white paper, The Nation’s Guardians: America’s 21st Century Air Force that “dislocating climate, environmental, and demographic trends... are salient features of [an] increasingly complex, dynamic, lethal, and uncertain environment.”

Specifically, the U.S. Air Force will likely face a significant uptick in the number of humanitarian missions they will be expected to take part in over the coming decades. From the Intergovernmental Panel on Climate Change to the World Bank and the U.S. government, there is a consensus that climate change has the potential to wreak havoc on many coastal areas, both in the domestic United States and internationally in areas of geostrategic importance. Ever since the Berlin Airlift, American air power has played a front-and-center role in humanitarian missions and disaster relief for the U.S. military, and this shows little signs of changing. American air power was prominent in the responses to Hurricane Katrina, for example, with the USAF tracking the storm before it made landfall and then airlifting supplies in and the injured out. Additionally, American air power was critical to the response to the 2004 Indian Ocean tsunami, and the relief effort following the 2005 earthquake in Pakistan, during which the Air Force was at the forefront of the international relief efforts.

Climate change also has the potential to affect the operating environment of the Air Force.  Thule Air Base – the Department of Defense’s northernmost base – and Elmendorf and Eielson Air Force Bases in Alaska will likely be on the front line of increasing interstate competition over resources unlocked by the thawing of the Arctic. Operations in a warming Arctic will present aviators with new challenges and dangers, such as wildly variable weather and an increased risk of in-flight icing.

There doubtlessly will be challenges beyond these issues – sudden vacillations in weather patterns and an increase in violent storms have the potential to be problematic for all aircraft, military and otherwise. Likewise, fuel use is a looming issue for the Air Force, and already plays a prominent role in current strategic planning. That, however, we will leave for another post.