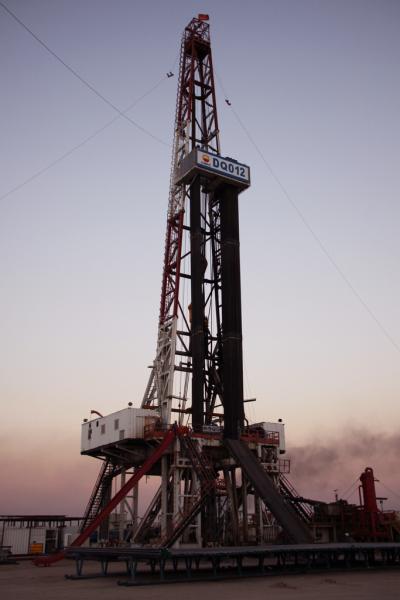 Increased oil production has contributed to a 20 percent rise in oil exports, bringing total exports to approximately 2.5 million barrels of oil a day, according to a report in The New York Times.  The increased production is owed largely to modest improvements in security as well as technical service contracts with experienced foreign oil companies. “The companies brought in modern seismic equipment and modern well recovery techniques to resuscitate old fields,” The New York Times reported. Baghdad claims that these production improvements will enable the country to produce an additional 400,000 barrels a day by 2013, a step on the road to an announced goal of producing 10 million barrels of oil a day by 2017.

Iraq’s resurgent oil sector is likely to have positive benefits for the country and the global oil market. On the one hand, increased oil production will provide Baghdad additional revenue to help the fledgling government strengthen its legitimacy. As The New York Times reported, “Oil provides more than 95 percent of the government’s revenues, has enabled the building of roads and the expansion of social services, and has greatly strengthened the Shiite-led government’s hand in this ethnically divided country.” Moreover, Iraq’s production increase comes as Libya’s oil production is nearing a full recovery. Last week, Libyan officials announced that oil production had reached 90 percent of pre-civil war levels, with the country producing 1.6 million barrels of petroleum a day. Taken together, Iraq’s and Libya’s oil recoveries could help offset the impact of Iranian oil sanctions that will come into full force beginning in July. This will provide the global oil market added volume to satisfy demand and insulate consumers from dramatic price spikes.

Of course, Iraq still faces many challenges to achieving its stated goal of producing 10 million barrels of oil a day by 2017. According to The New York Times:

International oil executives say the government bureaucracy is still slow and poorly coordinated in building new port and pipeline infrastructure to get oil to the tankers from the fields. The political battle over divvying up profits has prevented the enactment of a national oil law, meaning that the companies need to follow myriad regulations, some of which date back to the Ottoman Empire. Electrical shortages are forcing politicians to choose between serving the oil companies or restive civilian populations that want more reliable utility service.

What is more, unresolved disputes with Iraq’s semi-autonomous Kurdistan region over revenue sharing could throw a wrench in the Iraqi government’s oil plans. For example, Reuters reported in May that Kurdistan may begin exporting crude oil to Turkey in August 2013 in direct opposition to Baghdad. Those contracts could be voided by officials in Baghdad, stirring uncertainty about whether negotiated oil contracts will be honored in the future. As a result, the disputes between Kurdistan and the central government may have a chilling effect on continued foreign investment in Iraq’s oil industry if left unsettled.

Nevertheless, Iraq’s increased oil production is a bright spot in a region plagued by much uncertainty, especially when it comes to stability with the Middle East’s petroleum resources.  And despite this good news story, policymakers and business executives will keep a watchful eye on how events in the region unfold in the coming weeks and months. The prospects of a conflict in the Persian Gulf continue to stir concerns among policymakers and others that shipments of the region’s oil and natural gas resources could be halted by a closure of the Strait of Hormuz or an attack on critical energy infrastructure, including production facilities, pipelines and export terminals. Although there is little evidence to suggest that this scenario will develop anytime soon, the impact on the global energy market would be far reaching and would most likely offset the benefits of Iraq’s oil recovery.