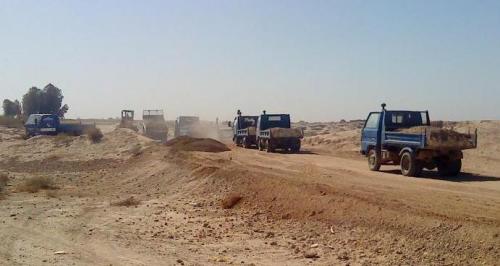 Last week I spent a few days in Tokyo at a symposium hosted by the University of Tokyo on the role of natural resources and infrastructure in post-conflict peacebuilding. The symposium was the second in a series of symposia for a project I’m attached to that seeks to improve American and Japanese post-conflict security and diplomacy initiatives by helping policymakers  understand the importance of integrating natural resource management and infrastructure redevelopment into peacebuilding efforts.

The timing for the symposium could not have been better given the agenda, which included several case study presentations on Afghanistan. In fact, the news that General McChrystal had been relieved of his command broke the morning of the symposium, which prompted questions of what the change in command meant for America’s development priorities in Afghanistan. It is worth noting that, generally, there was consensus among the U.S. researchers that our development priorities aren’t likely to be affected given that the president has made clear that any long-term strategy in Afghanistan will strike a balance between our defense, development and diplomatic levers – a “whole-of-government” approach.

The presentations on Afghanistan covered a broad range of topics: from poppies and the opium drug trade to agricultural development as an opportunity for demobilizing and reintegrating combatants into civil society. Rather nicely, each of the speakers complemented the other by reiterating the importance of natural resources in restoring stability and security in Afghanistan (something we’ve covered well here on the blog).

There’s one case study I wanted to highlight in particular though, one that I would venture to guess hasn’t had nearly as much visibility as agricultural development: road reconstruction. Dr. Jon Unhru, an associate professor in the Department of Geography at McGill University, has been studying the issues of road infrastructure redevelopment and land rights in Afghanistan. It’s an incredibly interesting topic that demonstrates the complexities of development in conflict zones.

According to Unruh, some of the largest investments in Afghanistan center on road reconstruction. From the donor perspective, rebuilding roads is an almost knee-jerk reaction in post-conflict states. As Unruh noted, donors view road reconstruction as an opportunity to increase mobility, bolster trade and improve access to markets for farming communities. At the same time, building roads complements other development sectors by making it easier to deliver development aid to otherwise remote areas.

But despite the donors’ well-intentioned efforts, the benefits of road reconstruction may not necessarily come to fruition on the ground given the complex social and cultural dynamics in play. In fact, too often these roads are developed without recognizing or understanding longstanding grievances associated with land rights. For example, as Unruh pointed out, rather than outright embracing these projects, some local Afghans are sometimes left wondering instead, “Who will control the roads and determine who can use them,” an important, often unanswered, question given the still absent rule of law in many provinces where these initiatives are being executed.

Another issue some locals are concerned with is the value of their land. In particular, when a new road is built near their land, the value of that land may go up. This wouldn’t otherwise be an issue. But in Kabul, where corruption is still rampant, officials have been known to seize land that has recently increased in value (though it’s unclear if it’s for their own personal benefit or to give to someone else).

The point of all this is to demonstrate, as Unruh has done, the complexities of development in a conflict zone. Road infrastructure development and restoration of land rights are seen as important parts to “winning hearts and minds.” But, as Unruh found, these efforts are often not planned or implemented together. Hence, you have road reconstruction initiatives that are actually counterproductive to fostering stability and restoring land rights. It’s a good lesson to learn: when it comes to practicing development, either in Afghanistan or elsewhere, we need to be sure that we consider the full range of social, cultural, political, economic and environmental issues that engage each other or risk those development efforts falling short, and, in some cases, making security and stability worse off.

I’m going to spend the next couple of days unpacking my trip (so to speak) here on the blog, so stayed tuned for more from Tokyo.