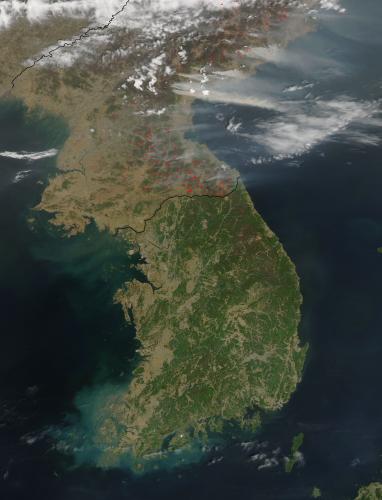 Just beyond the tranquil picturesque landscape of the demilitarized zone on the Korean Peninsula lies modern day North Korea, a bizarre and mysterious world unto itself. The country is shrouded in uncertainty and most of what the outside world knows comes through accounts from defectors, rumors printed by the South Korean press and North Korean state-run media announcements. Case in point: at a recent U.S. Senate Hearing examining the current security situation on the Korean Peninsula, Senator John McCain asked Kurt Campbell, Assistant Secretary of State for East Asian and Pacific Affairs (and CNAS co-founder), if Kim Jong-un was the “likely successor” to his father Kim Jong-il, who has ruled since 1994. Secretary Campbell succinctly replied, “Your guess is as good as ours, sir.”

The regime of Kim Jong-Il consistently draws the attention of the international community due to its ominous chemical, biological, and nuclear weapons capabilities and often erratic behavior. Furthermore, the humanitarian situation is extremely dire, with 8.7 million people in need of food assistance, 1 in 3 children under the age of 5 malnourished, and twenty-seven percent of the population at or below the absolute poverty level, living on less than 1 dollar a day.

However, while North Korea’s humanitarian and military challenges gain prominent attention by Western media and governments, the state of North Korean’s ecosystem is rarely covered despite the vast implications this issue will have for the Korean peninsula in the years ahead. In the case of the DPRK, the past is prologue: famine and drought in the mid-1990s precipitated rampant deforestation, land erosion, pillaging of forests, pollution, and the contamination of water supplies, which all still negatively affect the country today.

From 1994 to 1997, when the famine was at its worst, North Koreans had little or no electricity, resorting mostly to firewood to heat their homes. Undoubtedly, the use of firewood during the energy crisis led to a sharp decline in forest resources. Fires, landslides, insect damage, and drought have further contributed to the degradation of forests since the 1990s. Journalistic accounts, such as Barbara Demick’s novel, Nothing to Envy: Ordinary Lives in North Korea, articulate the desperation of North Koreans during the famine, explaining that children would kill and eat rats, mice, frogs, tadpoles, and grasshoppers just to have something to fill their stomachs. Throughout the famine, North Koreans often resorted to a variety of other wild foods, such as grass, mushrooms, and tree bark, to alleviate their hunger, leaving many forests barren of vegetation or animal life. Indeed, the dietary dependency North Koreans have on the natural environment has significantly impacted the diversity (or lack thereof) of plant and animal life today.

But North Korea’s resource challenges extend well beyond biodiversity loss and perennial famine. About 80 percent of North Korea is mountainous, resulting in significant agricultural dependency on chemical fertilizers to help famers manage steep topography. This dependency on fertilizers has lead to the acidification of arable land and a decline in soil humus content and crop output over the years, resulting in lower crops yields that could otherwise help to feed a starving population. Since the country relies on coal as the main source of energy, the air quality in North Korea, particularly in cities such as Pyongyang and Ch’ongjin, is extremely poor. Although North Korea has a wealth of water resources, such as rivers and underground aquifers, contamination and water-borne diseases are still rampant; during the drought and famine in the mid-1990s, water borne diseases led to annual deaths ranging from 300,000 to 800,000 people.

While Pyongyang has sought to educate its population on environmental conservation practices, the daily degree of desperation and starvation rural North Koreans face severely undermines any public efforts towards preserving the environment. Therefore, it is likely the biodiversity and overall ecosystem in North Korea will continue down a path of degradation rather than improvement unless the regime takes a variety of drastic measures, from implementing environmental conservation practices to providing basic services to its citizens, such as clean water and consistent food rations.

North Korea’s severe – and very apparent - natural insecurity begs important questions U.S. policymakers need to consider as discussions ensue concerning what a post-Kim Jong-il North Korea will look like. These questions include: what ramifications will years of environmental destruction have on a post- Kim Jong-il regime; will a new regime be able to better manage the growing environmental challenges; and given the range of reunification and collapse scenarios, how might the United States and, more broadly, the international community seek to mitigate problems arising from a decrepit environment while balancing an array of other issues such as ‘loose nukes’ and economic collapse? Contingency planning should consider North Korea’s natural security issues along with the more traditional concerns of how to secure DPRK’s nuclear, biological, and chemical weapons and salvage the nation’s ailing economy.  Striking the right balance will be key for the Unites States and the international community in forecasting if and how the Hermit Kingdom will survive in the near term, while simultaneously seeking to preserve long-term stability on the Korean peninsula.

Photo: A bird’s eye view (taken in May 2005) of North Korea and South Korea serves to juxtapose the environment of the two nations. Note the red dots covering North Korea along with the smoke blowing eastward; these dots represent fires, most likely forest or other wild land fires.

Bailey Culp is a Joseph S. Nye, Jr. Research Intern with the Asia-Pacific Security Program at the Center for a New American Security. She is a graduate student at the University of Denver's Josef Korbel School of International Studies focusing on International Security.