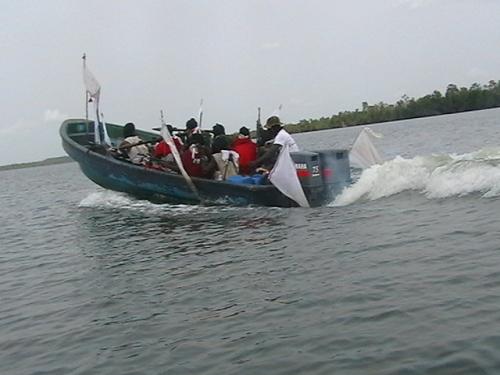 From Nigeria to outer space, the news this week featured a number of developments highlighting energy security challenges.  Shell announced that oil shipments from Nigeria will be disrupted through July due to ongoing violence in the Niger Delta.  The good news is that at least one militant leader in the region seems interested in a government amnesty deal, the bad news is the largest militant group doesn’t.  Meanwhile, Leonid Fedun, vice president of Lukoil, has publicly stated that Russia should join OPEC, noting that such a development would mean that they “could define the price [of oil] precisely…[and] could decide tomorrow the oil price would be $100 per barrel.”  While Robert Lenzer wrote on Forbes.com that such talk is a bit tangential given that oil supply is rapidly declining, this type of attitude has famed Czech playwright Vaclav Havel arguing that Europe should reject Russian energy “blackmail” and completely end its imports of Russian gas.  The European Bank for Reconstruction and Development likewise continues to support the development of an alternative to Russian gas, which seems especially pertinent given renewed concerns that Gazprom and the Ukrainian government could have yet another go at each other within the next month.

While Europe moves forward with the proposed Nabucco Pipeline from Central Asia and continues to fret about the Ukraine, Nord Stream looks to be moving right along, although the presence of munitions dumps along the planned route might cause some consternation.

Stateside, natural gas is gaining more momentum as a new report estimates that U.S. reserves may be some 35% higher than originally thought.  Of course, given the performance of gas prices over the last year and the water and energy-intensity of the hydraulic fracturing process used to tap a lot of these reserves (not to mention the potential environmental ramifications), it’s not yet clear if this will prove a panacea to America’s energy challenges.

Such concerns serve to highlight the importance of developing alternative fuel sources.  To this end, this week brought both encouraging and discouraging news.  On the nuclear front, BBC reports that a plethora of problems at ITER have made it clear that fusion is not going to be a viable solution for at least a century.  However, the Wall Street Journal’s Environmental Capital Blog wrote that Washington-based PowerSat has filed for a patent for a system which allows satellites to work in tandem, meaning that a series of small space-based solar arrays could be coordinated into one seamless system that would relay energy back to Earth. In the meantime, the Europeans seem to be betting on North Africa for their solar power (although as the New York Times notes, North Africa is not necessarily a good hedge against geopolitical instability, especially considering this week’s events in the region.)

The news this week in many ways is a microcosm of the challenges the security community faces when dealing with the subject of energy.  Instability in producer nations (Nigeria) threatens global supply, and over-reliance on single sources (Russia) can create massive headaches for entire regions (western Europe).  At the same time, while significant work is being done in the field of renewables, setbacks continue to drive home the inherent difficulties in revolutionizing an entire field.  Check back next week for another weekly round-up of natural security news.

Photo: Militants with the Movement for the Emancipation of the Niger Delta (MEND). Bloomberg News reported that MEND attacked a Royal Dutch Shell Plc pipeline on June 17, 2009, disrupting oil production and prompting Shell to issue a statement that oil shipments would be disrupted in July, for the fifth month in a row. Courtesy of flick user ISN Security Watch and Dulue Mbachu.