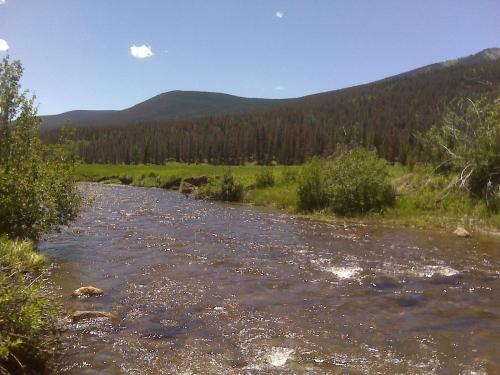 Day five in Colorado with my family brought us to what is surely one of the most beautiful places on Earth - Rocky Mountain National Park. But there's trouble in paradise.

I took this photo in the park - this is actually the Colorado River. Hard to believe that this gorgeous mountain stream will go on to be the primary water source for 27 million people in 7 U.S. states and 2 countries, irrigating 3 million acres of cropland along the way. Or will it?

A recent National Academies of Science study noted that given even conservative climate change projections, "currently scheduled future water deliveries from the Colorado River are not sustainable." The good news, however, is that it might not have to be that way if the consumers of the water manage the resources better, according to the study.

But there's a potentially even more devastating story in this bucolic photo. If you look carefully, you might notice that the forest in the backdrop is changing color. If you're scratching your head about how the Rockies could be experiencing Fall in July, consider that those are "evergreens." 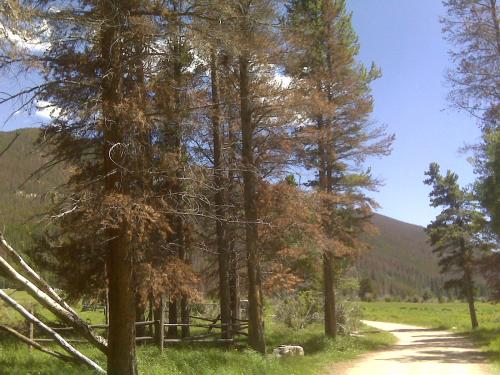 The russet color of the trees is actually the work of the pine mountain beetle, or dendroctonus ponderosae. From Canada to Mexico, milder temperatures and lower precipitation have produced the largest beetle infestation on record.

All of those russet pines - and several species are affected - will die. This is part of a natural cycle; fires are usually the next step. Given that the infestations are pervasive and surround populated areas, however, this is not a great option (though surely an unavoidable one to some extent). Unfortunately, the cold snaps that kill off the beetles some winters are usually part of the cycle, too, but that hasn't happened for about a decade.

Where does this end - or does it end - I don't know. But when you look at the forest, it appears that at least half of the trees here, maybe more, are already dying or dead.