At one place Londonstani worked, there was an unofficial metric for deciding when to report civilian deaths. It basically looked like this, 1 dead Westerner = 10 dead locals. When only nine locals died, it was known as "below criteria". It seems the "below criteria" mentality is at work in Pakistan keeping the outside world from getting a true picture of what is happening in the country.

Since this practice is both morally objectionable and leaves an international audience with a limited understanding of facts on the ground, here's a small attempt to record at least a small number of the people who have died unnoticed during the last two weeks of militant violence in Pakistan.

On Oct 15, when militants attacked police facilities in Lahore, a suicide bomber killed three police officers and eight civilians in Kohat, a town in NWFP. And, on the same day, a bomber killed a six year old boy in Peshawar.

On Oct 16, a bomb, likely to be a suicide bomber killed 11 outside a police station in Peshawar.

Among the dead were a father and two women from the same family. This is their son/brother talking about having to identity their mutiliated bodies. One sister was so badly disfigured that police thought she was the suicide bomber. 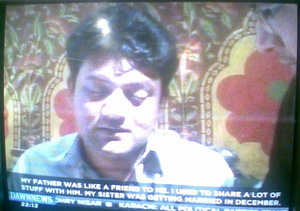 A politiican said recently that about 1,900 people have been killed by militants since the PPP government came to power in March 2008. A thousand more and we are talking 9/11.