Energy security is often grounded in political concerns here in the United States, and it is of course unsurprising that other countries factor their domestic politics into economic calculations. A perfect example of this is a debate about a decade ago in South Asia over natural gas pipelines. In May 1999 Rahul Tongia and V. S. Arunachalam reviewed the debate in their Economic and Political Weekly article, “Natural Gas Imports by South Asia: Pipelines or Pipedreams?”

In the late 1990s, India was struggling to meet energy demands with 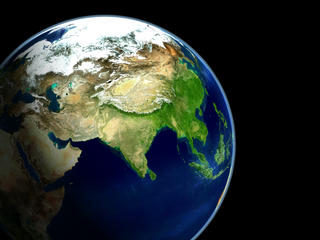 in its borders. It had a nationally-planned energy policy that relied heavily on domestically produced coal, and it was experiencing a boom in population and growth. The need for change opened the door for a renewed debate on energy options for the subcontinent.

Most of this debate focused on the increased use of natural gas (or in some cases specifically liquefied natural gas, LNG). The argument went that supplies were plentiful, offered good economies of scale, and benefited from readily available technology. Tongia and Arunachalam subscribed whole-heartedly to this analysis.

The authors offered a complex economic assessment to determine the cost of each proposed pipeline that included everything from maintenance costs to possible costs of pressurizing gas as it traveled to India. While their assessment has problems (such as assuming the prevailing cost would remain similar to that in the United States and not including any distribution costs, for example) it effectively makes their economic argument before turning to political realities.

The problem that Tongia and Arunachalam ran up against is that the most effective method of getting gas to India is through a joint venture with Pakistan—from Iran. A possible route through Afghanistan was ruled out due to persistent civil unrest while underwater routes have never been economically feasible. Faced with either determining LNG to be unfeasible or justifying a route among three unfriendly states, they do the latter.

Tongia and Arunachalam argued that a pipeline “has virtually no losing stakeholders, and would be a purely economic transaction…the pipeline is a win-win prospect.” However, despite the transaction making economic sense, it often doesn’t make political sense. Energy is a vital national interest, and placing a large portion of it in an unfriendly neighbor’s control is a serious security question.

The authors advocated a legal framework to solve the problem: they hold up a “take-or-pay” clause as a security measure, which would force Pakistan to pay for all of the gas if there was a disruption to India. Despite the lack of feasibility of, enforcement for, or clarity in such a proposal, the real problem is that it still doesn’t prevent a supply disruption as an act of aggression between the two countries or low-scale cheating on the agreement.

This is something that is seen in the Indus Waters Treaty consistently. While the treaty has surely helped to ease negotiations and provide guidelines between the two countries, cheating on quotas often occurs.  While the two countries did not choose the flow of the rivers, they can choose a flow of energy supplies. A pipeline would increase India’s vulnerability to Pakistan’s actions – interestingly, something that the authors argued could be good. Not only would energy politics not affect the project, the authors claimed, but rather they would create confidence building measures between them. This could be true if both countries had the same vulnerabilities, but by the authors’ own proposal, that would not be the case: India would rely on a route through Pakistan while Pakistan only had to deal with extra capacity in its pipes.

The Tongia-Arunachalam paper argued its economic points persuasively, but doesn’t accurately capture the political issues of the energy security dynamics of the two countries. Balancing economic and security angles while considering new energy supplies is a difficult task, and one that most countries are consistently wrestling with. The dynamics behind India’s energy choices of the late ‘90s offer a good example of how complicated any energy choices can be.