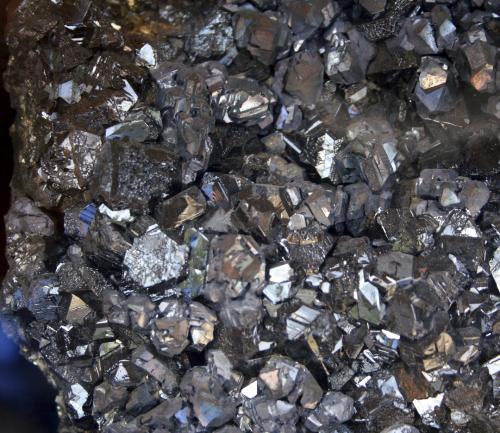 We turn to critical minerals for this week’s Reading Old Magazines, with the May 1952 article “Our Future Dependence on Foreign Minerals” by Dr. Alan M. Bateman (pdf), then a Yale geology department chairman and a former director for metals and minerals of the Foreign Economic Administration during World War II (and for whom geology fellowships and professor chairs are now named). Published in Annals of the American Academy of Political and Social Science, this article came in the midst of the Korean War and worries that major shortages would again affect U.S. defense capabilities.

This article paints a distinct picture with statistics of reserve to consumption ratios, consumption rates, and import dependencies. As of 1952, as the author writes, “of the71 mineral substances currently on the national stockpile purchase list, only 8 are produced in any large quantity in the United States; and the Defense Production Administration lists in critically short supply some 44 metals, 9 chemical minerals, and 18 nonmetallic minerals.” Of course, things change: while it was projected at that time that the United States would move from importing 26% of its titanium requirements during World War II to 80% by 1975, as of 2006 it stood at just 67%, according to the National Academies of Science.

The problem at that time was, as the title suggests, that the United States was running low on reserves of many minerals critical to industrial and military might. For the first time, there was a clear picture that the country would persistently need to depend on

imports. The solutions were rather straightforward. After fully characterizing the problem, as the author sought to do, the government could tweak tariffs and other policies to make importation more feasible and affordable. With increasing international trade looming on the horizon, the country could increase conservation, improve mining efficiency, recover more scraps, and develop more substitutes to stay on the best footing and minimize this dependency.

But there is another component to the story: how minerals, like other goods, shaped the geopolitical world for the United States. The U.S. need to import many minerals helped to shape and was shaped by its NATO alliance. As European allies could supply at least 13 critical minerals of which U.S. reserves were inadequate for its industries, “there [were] basic mineral reasons, as well as political ones, why our society and industrial future must be closely tied in with those of Europe and our navies and air forces must jointly control the seas.” Europe, Bateman described, was thought to be able to supply most U.S. critical mineral needs well into the future.

And just as today China’s growing control over global mining operations and its own mineral wealth seem to provide it with a great advantage over the United States, Bateman perceived a distinct advantage by the Soviet Union because it could acquire most or all of its mineral needs domestically or from bordering countries by land or air, therefore reducing its need to expend national resources on maritime dominance in order to protect its economy. This was setting it up to be “potentially a colossal industrial giant of the future, and perhaps the leader of the world.”

As Bateman hinted in writing that the number of minerals counted as “strategic” increased from a dozen to five dozen, the key with minerals is in knowing how they shape the overall picture and in what ways it affects which sea lanes we patrol, our relationships with other countries, and the stability of foreign economies. While the author never quite pinpointed this as perhaps the biggest issue with critical minerals, he noted that the United States was vulnerable, for example, because during World War II “nearly every mineral used in industry had to be imported,” at least in part, and “we had to turn to fifty-three countries for imports of some sixty different minerals, of which twenty-seven came exclusively from foreign sources.” If U.S. critical mineral dependence on imports – and often imports from unsavory sources – is considered a management problem (as it is by some), then this picture of the situation in World War II shows that it is a heck of a management problem to contend with during wartime. If scrap metal and materials drives are seen as effective tools for the nation’s security, then we do have a problem.

Of course, there are also more operational-level problems of price shocks and volatility, and short-term supply disruptions, in addition to the issue of the geopolitical leverage that can accompany resource wealth (as Bateman noted, “Those who hold the purse strings of mineral resources hold power”). As of now I believe that the later problem will prove (and has proved) more persistent and the greater security challenge, but we’ll be sure to let you know as our thoughts progress as we continue our studies of old magazines on critical minerals. As for Dr. Bateman, whose obituary kindly notes among his litany of accomplishments that “He liked people and enjoyed their company,” I send my thanks for great early work on this issue.