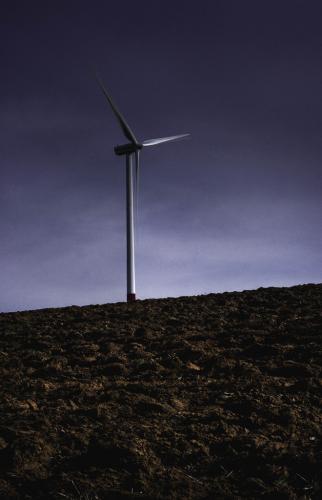 The good news is that there is plenty of energy in the United States: supplies of sunlight, wind, geothermal, nuclear, and fossil fuels dramatically outstrip demand. The bad news is that much of that potential energy is either not technologically or economically recoverable today and for the foreseeable future. The critical question, then, is what is actually possible in that gap between the good and bad news?

A new study from the National Academies of Science, America’s Energy Future: Technology and Transformation, offers some answers to that question. Well, “answers” is probably a bit strong; this is a technology assessment, after all, so it offers potential pathways.

This is a very important report: there is no question that any potential solution to America’s energy insecurity will involve technological change, whether you have beliefs sublime or ridiculous (more to follow soon on that) on what energy security means. This study, therefore, is exactly what we need to enrich the conversation – an assessment of what might work, what is feasible, and what needs to happen to enable an energy technology transformation.

The bottom line is encouraging: it is, indeed, possible for the United States to make a considerable energy transformation with existing and emerging technologies. Now, that will not be easy and will depend on “portfolio approach” that taps a range of technologies – from the “enormous” potential of energy efficiency technologies to carbon capture and sequestration and “evolutionary nuclear.” Indeed, the report underscores that it will be critical to demonstrate the feasibility of the latter two. A more complete transformation after 2020 will depend on significant investments in research, development, and demonstration of key technologies.

Any of the technology paths described in the report are, according to the report itself, likely to entail somewhat higher prices for consumers, some behavioral change, and sustained national commitment (including in the form of new or retrofitted policies and regulations).

The study starts with an overview of the U.S. energy realities, but I thought this one statement was especially pointed: “The fact is that the United States has never implemented a truly comprehensive set of national policies for obtaining and using energy to meet national goals for sustainability, economic prosperity, security, and environmental quality” (p. 26). So basically, before you throw up your hands and say change on this scale can’t be done, keep in mind that it’s never been attempted (the rather craven Bush-Cheney 2001 attempt doesn’t count). The Obama administration has made an excellent start, but hasn’t yet fully articulated comprehensive national policies or a strategy for transformation. I can understand the desirability of waiting for Congress to act, of course, but it’s just hard for Congress to act on this issue, let alone voice a coherent vision, given that different U.S. states use and produce different energy in different ways.

Interestingly, the report also notes that “it is imperative that these activities be started immediately, even though some will be expensive and not all will be successful: some mail fail, prove uneconomic, or be overtaken by better technologies” (p. 39). This rather interesting endorsement of failure points to the long pole in the tent…

As the study acknowledges throughout and more thoroughly in the final chapter, technological feasibility isn’t really the problem – it’s the barriers to the adoption of new technologies that are the problem. As the report notes, “overcoming these barriers will require a judicious mix of policies, regulations, and market incentives” (p. 78). The analysis about the barriers and how to overcome them, alas, will be in Part 2 of the report – to be published sometime in the future. So, stay tuned!