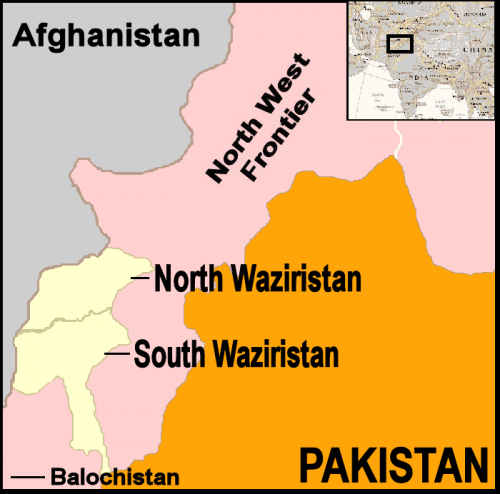 Yesterday I swung by CSIS for their fifth installment of their Game Changers and Visionaries series. The topic at hand yesterday had been innovations in the energy sector and what opportunities await us.

The panel consisted of a wide array of energy innovators, including: Michael Grandoff, Head of Oil Independence Policies at Better Place; Josh Richman, Director of Business Development at BloomEnergy; Craig Hansen, Babcock & Wilcox’s VP of Nuclear Manufacturing (who seemed to be selling his company like he was Vince Offer, of ShamWow fame); and William B. Bonvillian, Director of MIT’s Washington office.

After using the opportunity to pick the panel’s collective brain about supply chain issues and exploring how they could affect the American energy revolution they were predicting (not to mention foreign relations and national security), I was met with a resounding response of “it’s a problem.”

With concerns over critical minerals, the recently introduced Military Energy Security Act and the Natural Security Blog’s Af-Pak week stirring around in my head, I was reminded of my CNAS co-worker (and cubical buddy), Matt Irvine’s guest blog post on minerals in Waziristan. Realizing there’d be no better time to call his piece back to your attention than a week focused on Natural Security concerns in Afghanistan and Pakistan, I’d like to reintroduce Breaking the Safe Haven: Minerals in Waziristan. 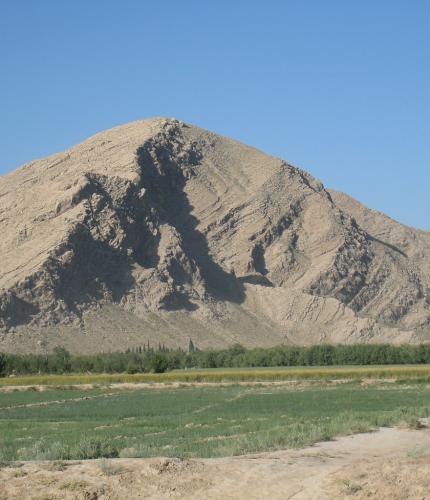 Yesterday’s attack on the U.S. consulate in Peshawar has brought the insurgency in western Pakistan back into the headlines. The consulate serves as the headquarters for ongoing American assistance programs in Pakistan’s Federally Administered Tribal Areas (FATA) and is a symbol of U.S.-Pakistani cooperation.

The FATA, specifically North and South Waziristan provinces, remains “al-Qaeda’s principal sanctuary” and hosts a syndicate of regional insurgent networks. The United States and Pakistan have increased pressure on militants in the lawless region during the last two years but have yet to solidify a permanent presence to counter militant influence. American foreign assistance and Pakistani development efforts offer the potential to deny the Taliban and its al Qaeda affiliated allies control over critical infrastructure and the local economy.

In remarks last week, Maj. Gen. Tariq Khan, the commander of the Pakistani Frontier Corps, lobbied for increased development efforts in the tribal areas, saying that “the world mustn’t neglect the area as it did after the 1989 Soviet withdrawal from Afghanistan, or it could fall prey again to al Qaeda and its allies.”

Development and maintenance of an extractive mineral industry could revolutionize the Waziristan economy and infrastructure in the long-term. Indeed, ongoing efforts in Afghanistan must be matched “across the border in FATA” according to Barnett Rubin and Abubakar Siddique in a 2006 USIP report. “FATA’s isolation can be broken only by improving its infrastructure…Proper utilization of several known mineral deposits in FATA will result in the growth of labor-intensive mining and manufacturing industries in marbles and precious stones.”

Pakistani and U.S. military and intelligence operations overshadow the economic and political efforts in the FATA. However, effective counterinsurgency requires both security and positive incentives for the people to side against the insurgent force. A diversion of the finite American Predator and Reaper fleet, or a rise in tensions between India and Pakistan could quickly remove kinetic capabilities from the counterinsurgent toolkit in Waziristan. Economic strategies can balance these efforts in the FATA by creating an asset for Pakistani security forces to protect, and an incentive for local cooperation. Such projects do not seek development or employment as the end in themselves, (the direct linkage between aid and security may be dubious) but rather promote enduring connections between the tribal areas and national political, military and economic forces throughout Pakistan.

Pressure on Waziristan insurgent and terrorist groups has undoubtedly increased in the last year. The Pakistan Army offensive into South Waziristan in the fall of 2009 and North Waziristan in spring 2010, and the massive escalation of CIA drone strikes have reportedly sewn distrust and paranoia amongst the insurgent ranks.

Currently, USAID programs have struggled to achieve significant progress. A January 2010 audit of development programs in FATA concluded that “the capacity building program has not achieved its goal of improving the capacity of FATA governmental institutions to govern.”

Indeed, the lack of security and tribal disputes are part of the challenge in scaling up government development and foreign assistance in the FATA. In 2007, the Civil Secretariat FATA in Peshawar was unable to resolve a tribal feud over a Zariat marble quarry in Baluchistan, just south of Waziristan, and had to close the complex. The New York Times reported in 2008 that the Taliban was able to broker local land-use and resource sharing agreements in Zariat and re-open the local marble quarries within a year, all the while collecting taxes on each load. United States and Pakistani efforts need to engage the insurgency at this level by providing local security and infrastructure as an alternative for the FATA’s tribes.

The United States and Pakistan must couple these kinetic efforts with long-term initiatives to develop infrastructure and the economy of the region. Marble, granite, and copper mining offer a tremendous opportunity to promote mutual-interests between Miramshah and Islamabad, Mir Ali and Karachi.

Former U.S. intelligence operative Ambassador Hank Crumpton suggested in a 2008 Newsweek interview that local sustainable energy development and mining could provide the positive incentives to tribes along the border to support counterinsurgency efforts. According to Crumpton, modern mining technology could improve current quarry techniques that lose up to ninety percent of the marble or granite materials by using crude explosives. After the initial “clear” phases of counterinsurgency operations in Waziristan, local energy infrastructure and modern mining equipment would reap immediate benefits: as Crumpton pointed out, local “wages and productivity [would jump] overnight, creating more jobs, more wealth…You go in there and clean the enemy out of that district, then come in the next day with wind turbines and say this is what we’re going to do. They want it; they own it.”

In addition to marble and granite deposits in Waziristan, large “copper reserves estimated up to 35 million tonnes have been identified…Exploitation of these resources will employ labour in the thousands, in addition to providing export revenues,” according to the Civil Secretariat FATA’s Sustainable Development Plan 2007-2015.

Across the border in Aynak, Afghanistan, an eleven million ton copper deposit is being developed in a multibillion dollar effort by the China Metallurgical Group Corporation. This development in Logar Province is projected to create up to 30,000 jobs and millions of dollars in tax revenue. These include thousands of police and workers for a 400 mega-watt power station and rail lines to Pakistan. Unfortunately, this project is not fully synchronous with NATO economic and political strategies in Afghanistan.

Many experts doubt that Pakistan is willing to engage in long-term counterinsurgency or development activities in the FATA and Waziristan, citing strategic differences between Islamabad and Washington. However, the prospects of a large mineral industry can create an incentive for the Pakistani Army and Frontier Corps to stay invested in Waziristan.

Negotiating the tribal landscape amid such a complex and precarious insurgent environment is no easy task and is not to be discounted. Any lasting stability in the FATA, and most especially Waziristan, will require more than clearing operations. Continued partnership and support for the Civil Secretariat FATA and Pakistani security forces offers a chance to undercut the local support system for the Taliban, al Qaeda, and their syndicated networks.

These solutions are not guaranteed. Extractive industries by no means ensure long-term security and stability as seen in many developing African nations. Efforts in Waziristan must be paired with a delicate political and tribal strategy to ensure stable outcomes. The perceptions of any such initiative must be carefully managed to reduce a Pashtun antibody reaction to additional efforts.

In his comments last week, Maj. Gen. Tariq Khan suggested that such development was vital to protect American interests and global security, saying “we need $1 billion to bring stability to a land that caused pain to the entire world, and we saw that impact ultimately on the Twin Towers…That’s not a lot of money to pacify a region that is the cause of global conflict.” American and Pakistani policy makers are heavily invested in the kinetic operations along the Afghanistan-Pakistan border, and it would be irresponsible for these leaders not to explore and support long-term political and economic strategies in the current conflict. FATA’s mineral deposits offer one potential solution.