Reading Michelle Cottle's piece in The New Republic about Sarah Palin's odds as a potential leader of the Tea Partiers, I suddenly felt I knew what it must have been like to be the careers guidance people at my old university.

Cottle lists the attributes a potential leader needs to become the new shining light of the Tea Party people. Namely:

1. Anger. The more the better.

2. Paranoia that the other side is out to get you.

3. A self-righteous conviction that the other side is not merely wrong but irretrievably evil. (To be fair, this is pretty much a requisite for leadership in any political party these days.)

4. Sympathy (or, better still, empathy) for the victim mentality, ideally coupled with burning resentment that the other side looks down on you.

Tea Partiers?!... Forget that! Pakistani politics (hearts) anger in a big way. And as for paranoia, self righteousness, resentment (victimhood)... yep, check all that. And charisma? Well, I always thought Ms. Palin kinda looked like Benazir Bhutto: 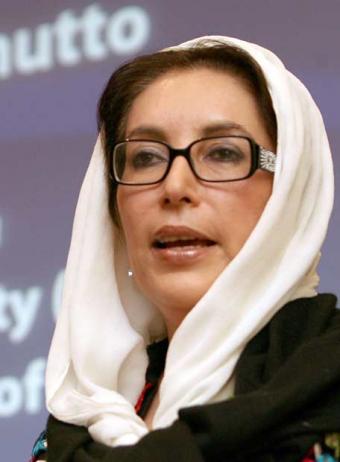 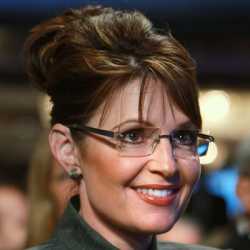 So, if Sarah Palin does decide to walk away from the Republican Party, I for one would advise her to broaden her horizons. Americans aren't the only people who hate taxes, love guns and go hunting a lot.

And if she's wondering where in the Pakistani political landscape she might carve a niche. My career advice folder would contain the following info: 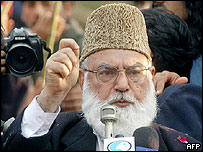 Altaf bhai (Altaf brother) as he's known is my personal favourite. The MQM is a political party based in Karachi claiming to represent native Urdu speakers. You don't need to understand Urdu to know why Ms Palin should be going head to head with this guy:

"Despite all the talk of ideological purity, Tea Partiers aren’t defined by their ideology so much as their attitude.." says Cottle. In Pakistan, it's ALL about attitude.