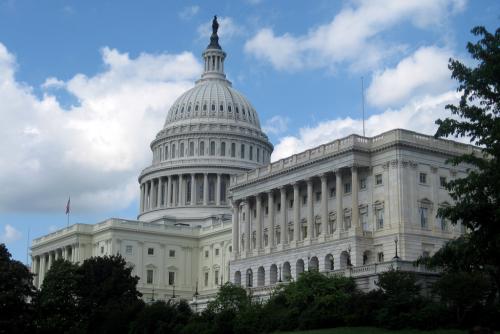 As we near the December conference in Copenhagen, we are starting to see a flurry of activity around climate change in the United States. Yesterday, the Senate began to debate the Kerry-Boxer bill (officially, the Clean Energy Jobs and American Power Act, S.1733).

Although the discussion focused mainly on economic and environmental concerns, Senators Kerry and Boxer did address the national security implications of climate change and our reliance on foreign oil, as well as linking security considerations to our economic and environmental interests. In his statement for the record, Senator Kerry stated that “climate change and our dependence on foreign oil are a threat to our national security.” (pdf) According to Kerry, their bill would increase America’s economic power through green energy innovation and thus help us compete internationally.

“When the starting gun sounded on the clean energy race, the United States stumbled,” Energy Secretary Chu told the committee. “But I remain confident that we can make up the ground. When we gear up our research and production of clean energy technologies, we can still surpass any other country.”
Both Senators Boxer and Kerry emphasized the dangers of relying heavily on foreign sources of oil. Senator Boxer said that we should utilize “home-grown American energy rather than foreign oil from countries who don’t like us.” Meanwhile, Senator Kerry told the committee that it is a greater risk to send four billion dollars a year to other countries that do not have our best interest at heart than it is to invest in new technologies.

Senator Klobuchar (D-MN) concurred, stating that America should be supporting our farmers rather than the oil cartels by encouraging biofuels and preventing climate change. Senator Alexander (R-TN) agreed that dependence on foreign oil was detrimental to our national security, but remarked that this bill did not address the correct problem set. According to Alexander, we should be using electric cars and building nuclear plants to reduce our dependence on oil rather than subsidizing unworkable technologies.

Today the committee will hear from a variety of stakeholders in the public and private sectors, including representatives from Google, the Virginia Manufacturers Association, Western Business Roundtable, the City of Philadelphia, and the California Association of Sanitation Agencies. The witness list itself offers a look at the cross-cutting nature of climate change’s impacts. The committee will also hear from retired Senator John Warner (R-VA) who has recently looked at the security implications of climate change. It should be another interesting day on the Hill.

In the meantime, while you’re waiting for day two of the hearings to start, you may be interested in this recently released National Academy of Sciences report on how we can modifying our household behavior as an achievable, near-term practice to help reduce greenhouse gas emissions.

Photo: The Senate Committee on Environment and Public Works continues debating the Kerry-Boxer bill this morning on Capitol Hill for day two of the scheduled three days of hearings. Courtesy of flickr user wallyg.