Aaaand, this is why America is going down the drain. By now, everyone has noted what class acts Rush Limbaugh and the gang at KNST are for this peach of a billboard, which until Monday morning was just down the street from where Gabby Giffords was shot and six others killed. But there's more reason to be outraged: this is what a "straight shooter" is in America these days? Look at that shot group! You've got six or seven rounds in the center, but spaced out by several feet, and I don't even want to know how hard Rush had to jerk his trigger finger to get those two rounds all the way out on the right and left, which suggest some rounds didn't even hit the target. C.J. Chivers noted that a lot depends on whether or not Rush Limbaugh had his selector switch on fully automatic, which is logical enough, I guess, but no marksman worth his salt fires his weapon on fully automatic, and honestly, between that and Rush Limbaugh being high as a kite on pain-killers, which explanation for his crappy marksmanship sounds more logical to you? Yeah, that's what I thought.

Rush Limbaugh, folks: Not only as classy ever, but also incompetent with firearms. 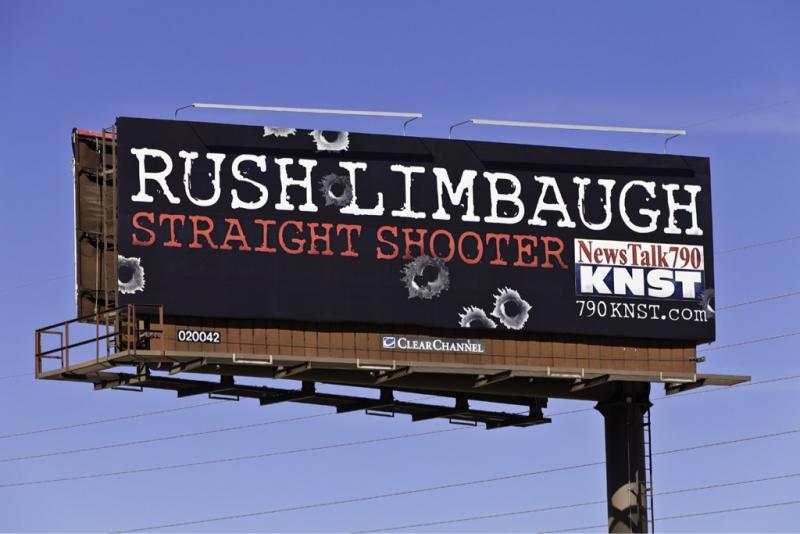