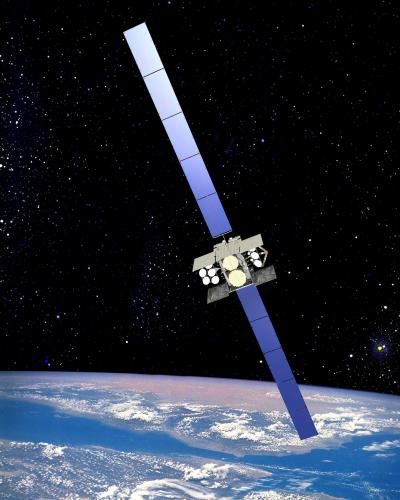 Back in September we highlighted the Central Intelligence Agency’s (CIA) plan to launch a new agency apparatus dedicated to studying the implications of climate change on U.S. national security. According to a September 25, 2009 press release, CIA director Leo Panetta said, “Decision makers need information and analysis on the effects climate change can have on security. The CIA is well positioned to deliver that intelligence.” In the same press release the CIA clarified the role of the new Center on Climate Change and National Security, stating that its mandate will not focus on the science of climate change, per se, “but the national security impact of phenomena such as desertification, rising sea levels, population shifts, and heightened competition for natural resources.”

There is an interesting debate happening in Washington on whether or not the CIA or intelligence community writ large should be playing a role at all when it comes to climate change. Critics such as Wyoming Senator John Barrasso question whether or not it is an unnecessary burden on already strained resources. “I don’t believe creating a center on climate change is going to prevent terrorist attacks,” Senator Barrasso said when he offered an amendment to the FY 2010 National Defense Authorization Act to block funding for the new center. But despite how critics may feel, it is important to point out that the intelligence community has been working on climate change for some time already, helping climate scientists with access to better data to do their research while offering analysis for policy makers to prepare for the implications of climate change.

During the environmental security movement of the early 1990s, then-Vice President Al Gore asked the intelligence community to study the impact of key environmental factors on “state failure.” In response, the CIA stood up its own Environment Center and established a civilian-intelligence community program to share classified satellite photos with a small, select group of climate scientists as a way to further their research. MEDEA, as the program was called, gave climate scientists access to fiducial images of environmentally sensitive areas and became particularly useful for studying the Arctic. The program started with four sites over the Arctic, later expanding to six, and offered never before seen levels of detail of the High North. Most of the MEDEA images were later declassified by reducing them to one-meter resolution, allowing other climate scientists who lacked the needed clearance with the means of furthering their research (the one meter-resolution being 15-30 times sharper than the next-best satellite systems managed by NASA, Google, and other commercial entities).

The MEDEA program was discontinued by the Bush administration, but climate scientists are still requesting release of MEDEA imagery. In August the National Academies of Science put out a report on the need to continue to declassify all MEDEA images as soon as possible, stating that the photos would be “extremely valuable to scientific research.” Shortly after the release of the report the intelligence community released thousands of declassified images. In 2008 the CIA stood up MEDEA’s successor, the Global Climate Change Research Center, which, according to committee sources with the House Permanent Select Subcommittee on Intelligence Community Management, “is looking at issues including declassification of intelligence for climate scientists.” (Subscription required: Defense Environment Alert, 12 May 2009)

In 2008, the National Intelligence Council (NIC) produced its first classified assessment of the security implications of climate change in its report, National Intelligence Assessment on the National Security Implications of Global Climate Change to 2030. Testifying before Congress, then NIC Chairman Dr. Thomas Fingar stated that with the assessment, the “overall strategy consisted of developing a good understanding of climate science, and supplementing this with state specific information on water scarcity, overall vulnerability to climate change, and populations at risk of sea level rise.” (pdf)

Given the strategy designed by the NIC in its premier assessment, the notion that the CIA’s new climate center “isn’t going to prevent terrorist attacks” might be slightly misguided. Climate change may already be exacerbating trends that could lead to instability and violence, including drought and food insecurity in places like Yemen and Pakistan. Getting out in front of these trends and knowing where the U.S. national security community needs to maintain vigilance could help stave off the conditions of want that might breed violent fundamentalism. Regardless, the security community needs to know where these issues are going to become most acute and where the gravest potential for threats against U.S. national security community could arise, which is why a civilian-intelligence community partnership could reap security dividends. Nonetheless, it is an interesting question that we’ll no doubt see continued argument over: what is the appropriate role for the intelligence community in responding to climate change?