I really serious (heart) the way BBC Urdu's Mohammed Hanif can get his point across about US complicity in the mess that is Pakistan without sounding whiny, crazy or stuck deep in the depths of denial.

Check out his op-ed from the NYT to get an understanding of why Pakistanis might have reservations about US intentions.

"The ISI and the C.I.A. have colluded twice in the destruction of Afghanistan. Their complicity has brought war to Pakistan's cities. After every round of cloak-and-dagger games, they behave like a squabbling couple who keep getting back together and telling the world that they are doing it for the children's sake. But whenever these two reunite, a lot of children's lives are wrecked"

"Lately, Americans seem to have woken up to the fact that there is something called a Parliament and a civil society in Pakistan. But even so, it seems that Americans are courting the same ruling class - the military elite's civilian cousins - that has thrived on American aid and obviously wants an even closer relationship with Washington." 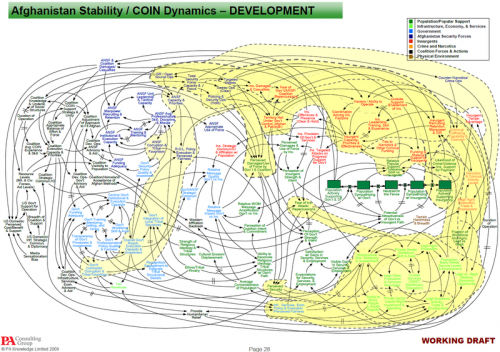 But, if you are looking to cut to the chase, I'll be promoting the idea of engaging with the public directly. Simple yet utterly revolutionary in the field of Western foreign politics - unfortunately.