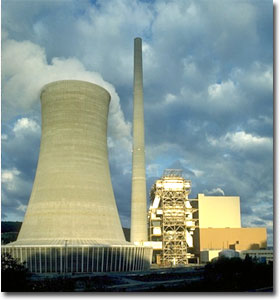 The United States made an initial pledge to reduce greenhouse gases 4% by 2020 in a letter sent to the United Nations. How are we going to do it? Last week made clear that nuclear is likely to be touted as a significant part of the solution.

President Obama’s State of the Union support for “building a new generation of safe, clean nuclear power plants in this country” was one of the few propositions that drew loud applause from the Republican side of the floor; he again emphasized in meeting with House Republicans two days later that they see eye to eye on coal and nuclear energy investments. And later in the week, Energy Secretary Steven Chu announced that the administration was forming a commission to study options and make recommendations on a real solution to the country’s nuclear waste, to be chaired by Lee Hamilton and Brent Scowcroft.

Notably absent in the President’s speeches was a sense of scale. With the past decade’s talk of a “nuclear renaissance” and responses that such a buildup would have its limits in terms of adding capacity much beyond replacing those reactors coming offline, I’m interested in seeing what the President’s vision looks like in more detail. Or even whether it is a solid vision that involves nuclear goals and timelines, or simply incentives and conditions to better encourage more nuclear production. Further news last week covered new breakthroughs in nuclear tech, which we’ll need in either case. One of the most interesting came from a group of scientists from Northwestern, who have discovered a new process for filtering radioactive cesium out of nuclear waste allowing other materials to escape.

The Hill points out this morning that the nuclear industry crowd is pumped about Secretary Chu’s budget request, which would triple the current level for nuclear loan guarantees. It also reminds us that nuclear will be a major part of the narrative should the president push for climate legislation soon. An article this weekend in the Boston Globe also reminds us that many older plants have issues such as leaking pipes and collapsing cooling towers – and many of this country’s will likely be coming offline over the next few decades. Coupled with all the recent news of technical advances for the next generation of reactors, in addition to questions of expected scale I’m wondering how the pacing of adding nuclear capacity and incorporating new and improved technologies will play out.

The Week Ahead
Today, the Wilson Center is holding an event on Moscow’s Energy Strategy toward Northeast Asia: Can Russia Realize Its Potential? starting at noon. On Tuesday, the Center for National Policy features Climate Change: The New Security Imperative in the Melting Arctic which starts at noon and features, among others, Arctic ace Dr. Scott Borgerson from CFR. To round out the day, the Senate Committee on Homeland Security & Governmental Affairs Subcommittee on Contracting Oversight will be examining contracts and business persepctives for USAID reconstruction and development efforts in Afghanistan, at 2pm, which I hope will cover some natural security-esque topics. Wednesday you can check out Managing the Risk of Extreme Weather Events in a Changing Climate over at Resources for the Future beginning at 12:45pm as they discuss how the federal government has in addressing these issues, followed by Geopolitics in Eurasia hosted by the Atlantic Council, which will detail issues of Eurasian energy security at 5:30pm.