Is it just me, or since Copenhagen are we seeing more and more reports on non-success stories (for lack of a better term) on clean energy and climate change? The past year provided countl 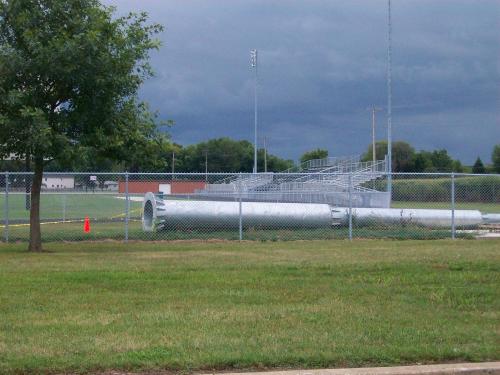 That seems to be shifting, at least within my RSS and Twitter feeds. For example, The Tennessean reported that a pilot project to test refining of second generation biofuels has been scaled down dramatically. New Mexico is having trouble reducing its greenhouse gas emissions, as reported by AP. And The Washington Post reported on the “daunting” post-Copenhagen battle for legislation to reduce U.S. emissions.

I don’t write this as an end-of-year bummer, and certainly doesn't indicate that transitioning to cleaner and more reliable energy sources isn't possible. I actually find it hopeful that we’re infusing more realism into these discussions. It’s not helpful to create a sense that change happens overnight, or to be ill-prepared if change does not unfold as planned. 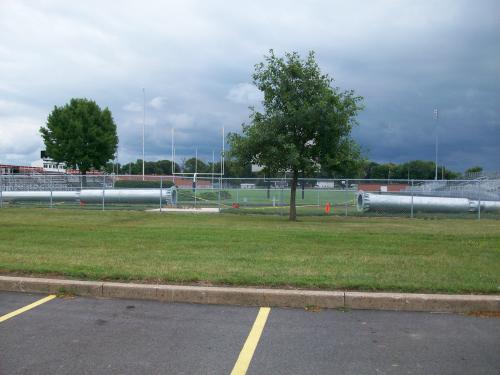 Here in Sandusky, Ohio, my old high school put up three small wind turbines next to the football field last year. (As a rural township and with a small corn field behind the stands, it appears to be a good place to catch some wind to power the school.) Unfortunately, after they were first erected a blade from one of the turbines fell off and into the student parking lot (oops!), thus the photos above and to the side of the turbine bases resting on the ground over the summer. All three turbines are now standing again, as you can see below. Change can be hard, to be sure. Understanding that there will be bumps in the road and retaining a willingness to troubleshoot will be critical. I, for one, vote for the media to continue to increase the 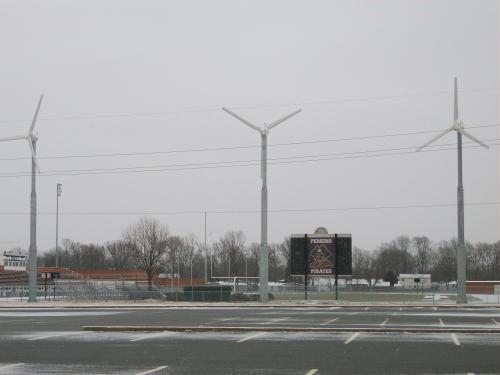 balance between success stories and not-quite-successes on energy and climate.

As this is a wrap-up after a longish break, I’d like to also point you to a few important stories from the past week or so: